Conceived by Doro back in 1987, "Für Immer" was a divine ballad and her very first German song ever — and possibly the first track in the history of heavy rock that connected German and English lyrical passages.

Additionally, Doro has included some extra surprises, with German versions of some of her classics: "Give Me A Reason" ("Ein Stück Ewigkeit") and "My Majesty" ("Jede Seele Tief") as well as an absolute rarity, "Seelied", which has never been released before.

"It's a song I wrote ages ago, but now it has finally found its perfect home, on the German album," explains Doro regarding the song, which she recorded only accompanied by a guitar and a piano.

Doro's brand-new cover version of David Bowie's immortal hit "Heroes" ("Helden"),is one of the highlights of the album, which is available on CD and limited 2LP picture disc (plus two bonus tracks, "Tausend Mal Gelebt" and "Für Immer"). The track was previously released as a seven-inch single.

"'Heroes' is one of my all-time favourites, the song also works very well in German," Doro explains. Speaking about her connection to the late megastar Bowie, she continues: "We met regularly in the '90s since we both recorded and rehearsed a lot in the famous SIR Studio in New York. Bowie's guitarist, Earl Slick, even played on 'In Freiheit Stirbt Mein Herz' from my 'Machine II Machine' album (1995). Earl is an outstanding guitar player — and the song is, of course, also a part of the new 'Für Immer' record."

With the formation of her own label, a longtime dream of the metal icon came true. "Now I'm able to realize my ideas and fulfil the wishes of the fans," she says. "It was about time to finally release all my beautiful German songs as one album. A lot of fans had asked for this for a long time."

She adds: "On Rare Diamonds Productions, nice collector's box sets, re-releases and rarities will see the light of day from time to time. We also focus on picture discs and shaped vinyls — we want to do it the old-school way how the fans like it the most." 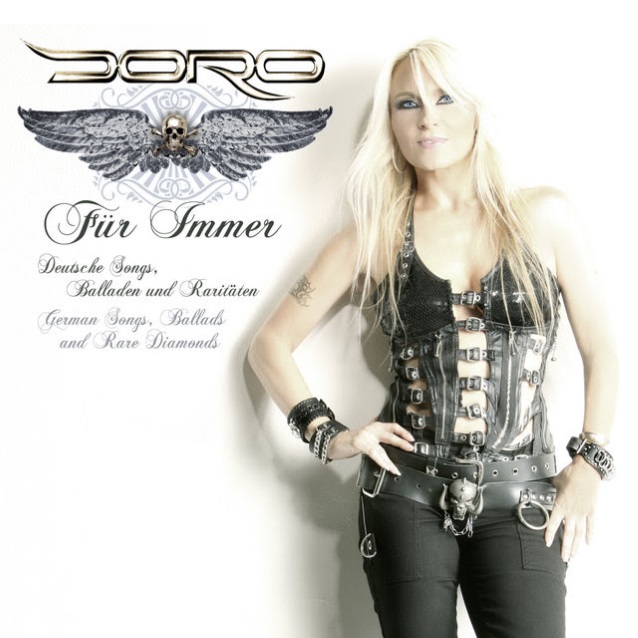