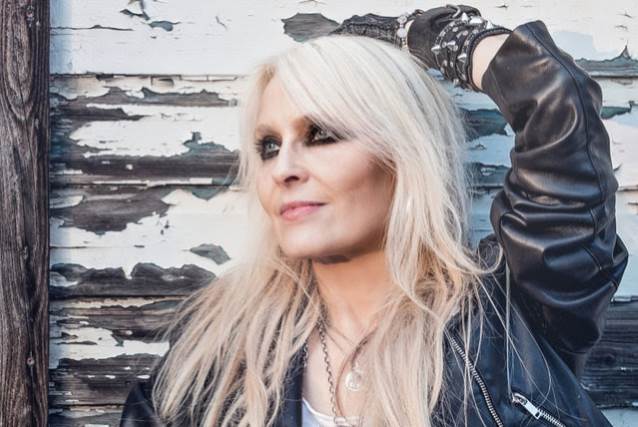 The second trailer for "Forever Warriors, Forever United", the new album from German metal queen Doro Pesch, is available below. Due on August 17, it boasts 25 brand new Doro tracks. Speaking about the album, she says: "There are some big anthems on the album, countless heavy songs, as well as heart-warming melodies! The album is supposed to give you power and thus contains a lot of energy."

The first single from the epic collection of tracks is "All For Metal", which is available to stream and purchase digitally. The track is also available on limited-edition seven-inch silver vinyl and picture disc.

Doro explains: "I think the song 'All For Metal' is an anthem like 'All We Are' with some great guests singing, who are all friends of mine. It's an awesome live song and I hope you enjoy it because it's one of my favorite songs!"

"We've been touring a lot during the last years. We collected a lot of impressions and got to meet many amazing people. That inspired me enormously," explains Doro. "The songs and ideas simply bubble out of me. That process didn't even end while being in the studio. We had 50 song ideas in the beginning which turned into 14 concrete album tracks. Suddenly we had 20 songs, and, in the end, it was even 24. I also wanted to record 'Caruso' in the last recording week."

This unique songwriting marathon was based on "Living Life To The Fullest" back in January 2016. Says Doro: "I was flying to Lemmy's funeral when the track's melody and lyrics suddenly came to mind. Lemmy was always very important to me. Everything went quickly from this point. As soon as a song was constructed, I headed to the studio — between all those shows and tours — to capture the freshness and live energy of the new tracks."

"The cover and the title form a perfect unit," Doro explains, "Just as it should be. It all fits perfectly in line with the songs, which also deal with some political themes."