"Brickwall", the new single and video from German metal queen Doro Pesch, will be made available on Friday, June 26. A couple of teaser clips are available below.

"Brickwall" will be released digitally via Nuclear Blast and on vinyl on July 31.

One and a half years after the release of her extremely successful double album "Forever Warriors, Forever United", Doro has already started working on material for a new album.

"Since February, I've been back in the studio in the USA," she says. "There are some pretty awesome things happening in these writing sessions.

"'Brickwall' is a harbinger for the upcoming album, that will be released in 2021", Doro explains. "I want to give my fans a taste of what it's going to be like — and the song also fits quite well with these dark times.

"The lyrics are about unbreakable, unconditional love for a person in deep trouble. Even though it isn't always easy to deal with that person, you still do everything to support them and get through the dark times side by side — even if you literally have to tear down walls."

"Brickwall" was recorded in Hamburg together with Andreas Bruhn (ex-THE SISTERS OF MERCY) and will also be available as colored seven-inch vinyl in gold and silver limited to 300 copies each.

"The B-side will feature a great live version of 'Soldier Of Metal'," Doro promises. "The song was recorded during our recent 'Forever Warriors' tour in winter, where the song was celebrated by the fans every single evening. It's supposed to help fans remember the feeling of a live show and raise anticipation for the next tour, that can hopefully start this autumn."

As previously reported, Doro will perform the second of two drive-in concerts in Germany this month while complying with the country's social distancing regulations. The show will be held on June 28 at Bottrop’s Autokino am Moviepark. 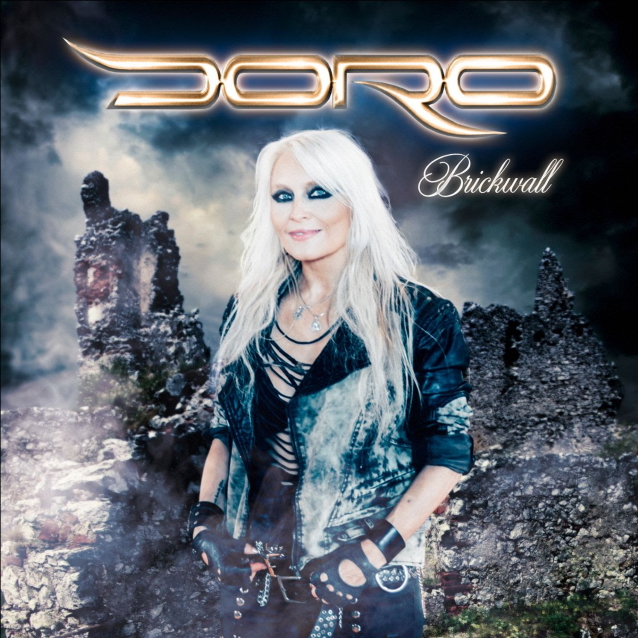