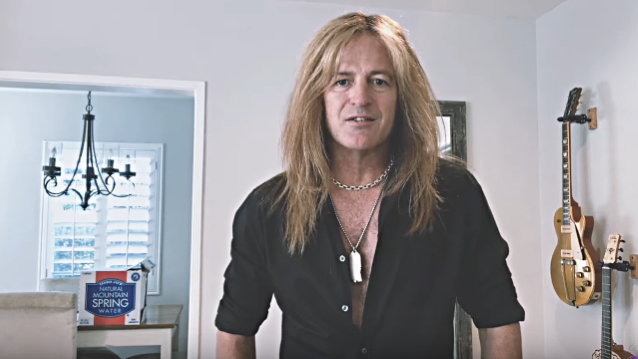 Guitarist Doug Aldrich, who was a member of DIO for a short period between 2002 and 2006, recently spoke to Danny Stoakes about what it was like to work with Ronnie James Dio.

"For me, [he was] the best heavy metal singer ever, Ronnie," Doug said (head audio below). "There's a lot of great ones — Rob Halford [JUDAS PRIEST] and Bruce Dickinson [IRON MAIDEN]. All these guys — Biff Byford [SAXON] — they're all killer, but Ronnie, for me, that's the guy that… That [BLACK] SABBATH album was so incredible, the 'Heaven And Hell' album."