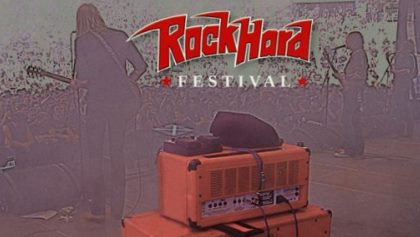 The September 2013 issue of Rock Hard magazine will include an exclusive live CD (recorded at Rock Hard Festival) that will be not available in record stores. "Archives - Best Of 2007-2012" is the follow-up to many outstanding recordings Rock Hard released with the magazine (KREATOR, OPETH, OVERKILL, various compilations) and features some of the finest names in metal.

Says Rock Hard publisher Holger Stratmann, who is responsible for the CD production: "I‘ve been trying to select a good mixture of classic and brand new artists.

"The songs are all well-performed festival highlights and we have been trying very hard to get the best possible sound for our anniversary issue. Besides that, I can only hope the compilation will be considered 'tasty.'"

Adds OVERKILL bassist D.D. Verni: "I think Rock Hard Festival is the best in the world. We have been to a lot of them and I really enjoy them all, but Rock Hard is just the right size, where it feels like a club show in a way. The fans that come there are always totally psyched and ready for a great show. They remind me in a way of New York sports fans. They are smart.

"Some festivals, you get a lot of curiosity seekers, or just people who want to party, and that's cool. But at the Rock Hard festival, there are always real fans of music! And beer drinkers, of course. You can feel the buzz from the crowd, so I genuinely look forward to it each time we play."

All songs were recorded at the Amphitheater in Gelsenkirchen, Germany

On September 25, the October issue of Rock Hard is being be published in Germany, Austria, and Switzerland with a circulation of 75,000 copies. 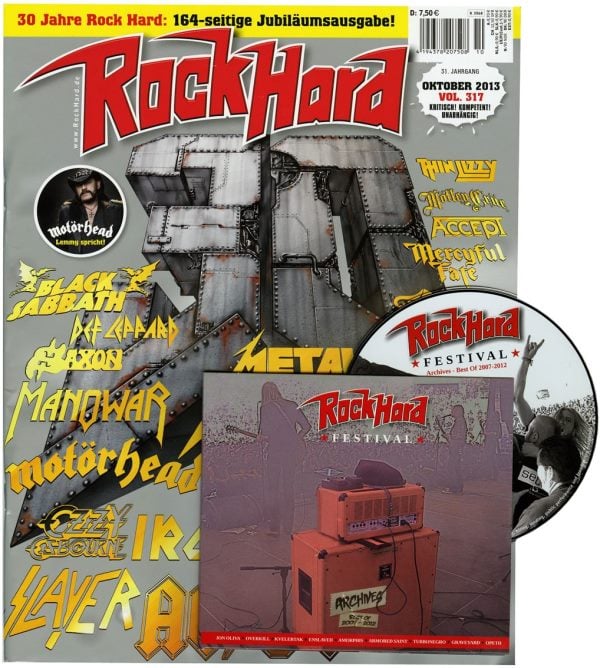