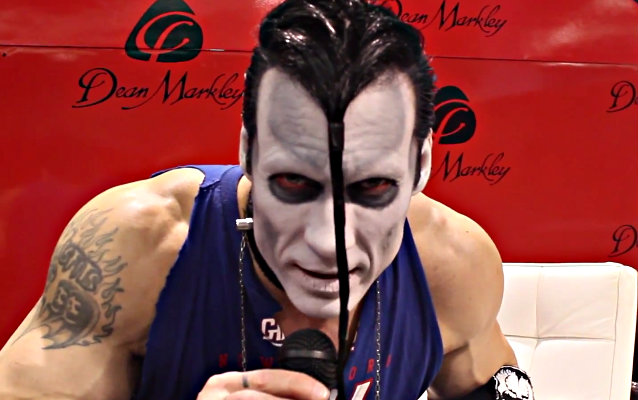 The Age Of Metal conducted an interview with former MISFITS guitarist Doyle Wolfgang Von Frankenstein at this year's NAMM (National Association Of Music Merchants) show, which took place January 23-26 at the Anaheim Convention Center in Anaheim, California. You can now watch the chat below.

Doyle Wolfgang Von Frankenstein's song "Valley Of Shadows" was released as a single on June 25, 2013 via iTunes.

"Abominator" was made available worldwide on iTunes and all digital music services on July 30, 2013.

Doyle last year hit the road again with Glenn Danzig to revisit the magic of their legendary early collaborations, this time taking the mayhem with DANZIG's 25th-anniversary tour. On each date, Doyle took to the stage with Danzig to run through a set of MISFITS classics, paying homage to their legacy as, arguably, the most influential horror-punk band of all time.