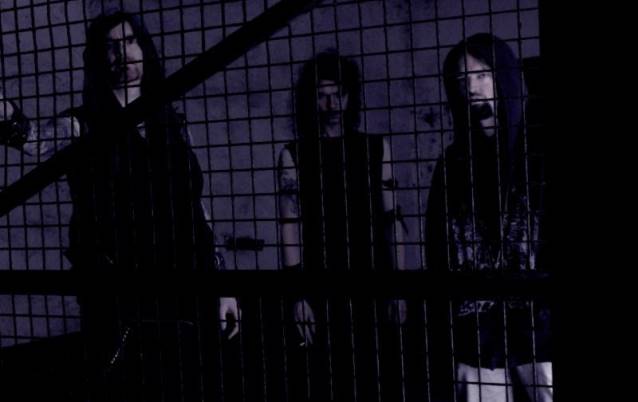 Dublin, ireland-based true doom trio DREAD SOVEREIGN has unveiled details of its upcoming debut full-length album. Subsequent to last year's critically acclaimed "Pray To The Devil In Man" 12-inch, the band headed to the studio last autumn to work on the follow-up release. The resulting ten-track beast of a record, entitled "All Hell's Martyrs", will be released by Ván Records in March.

DREAD SOVEREIGN vocalist and bass player Nemtheanga commented: "Things come together fast on the surface, but the DREAD SOVEREIGN album has been dwelling in my subconscious for years, playing riffs to myself over the years. It's only in the last fifteen months that I've put flesh on the bones with a proper band and here we are with an album ready for Ván Records to release.

"The aspirations are difficult to explain as it's been a form of catharsis to finally get the demons out after all this time, but here it is; some gnarled and evil old school doom/metal — a few surprises and different elements here and there — but nothing more and nothing less."

Recorded and mixed at Dublin's Sun Studios in September 2013, "All Hell's Martyrs" is a sepulchral trawl through the darkest recesses of heavy metal. The album artwork was created by Costin Chioreanu, whose previous credits include GRAVE, DARKTHRONE, AURA NOIR and ABSU.

The first single from "All Hell's Martyrs", the track "Cthulu Opiate Haze", can be streamed below.

DREAD SOVEREIGN is Nemtheanga (vocals, bass),Dubh Sol (drums) and Bones (guitar); a triumvirate of old-school attitude and arcane spirituality. Although retaining the rugged, epic drama of PRIMORDIAL (in which Nemtheanga and Dubh Sol both perform),DREAD SOVEREIGN is distinctly different, blending influences of VENOM, SAINT VITUS and CIRITH UNGOL in the raw underground cult doom idiom. 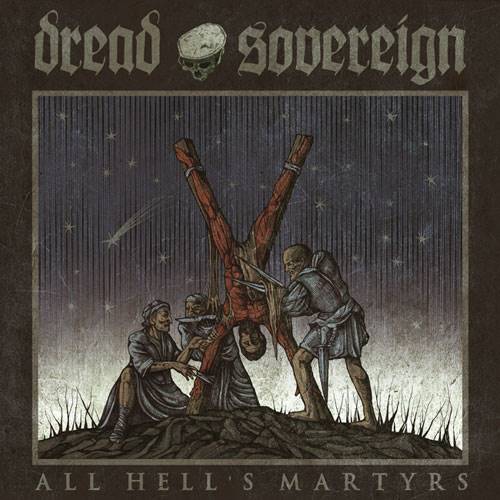