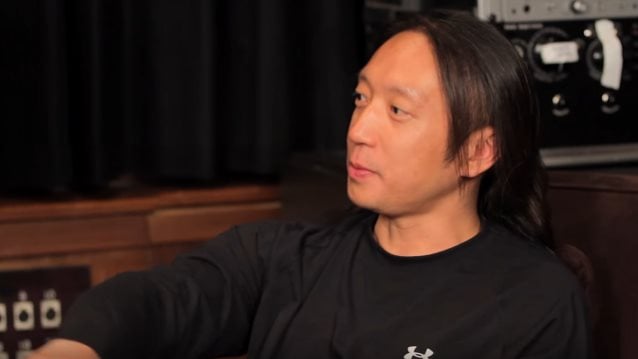 Norway's Metal Express Radio recently conducted an interview with bassist John Myung of progressive metal giants DREAM THEATER. You can listen to the full chat below. A few excerpts follow (transcribed by BLABBERMOUTH.NET).

On the band's current tour in celebration of the 25th anniversary of their breakthrough 1992 "Images And Words" album:

John: "It just became the thing to do. We were trotting out what was going to happen in the next following year and it just made sense to come back to this period. It feels really good to go back to a period where it was a real powerful moment. It was like a whole new start that nobody saw coming. 'Pull Me Under' took off on the radio and we went from practicing in the basements of retail stores to all of the sudden being known around the world. It was very intense. It was like a space shuttle launching. There was no looking back, it was just all new ground, going to places like Japan, all the different cities in Europe. Basically, all of the sudden being thrust into the world and traveling for two years. It was a very strong point in our career, for sure. It feels good to revisit that on this tour."

On whether he knew "Images And Words" would make such an impact upon its release:

John: "No, it was just obvious to us that it was what felt good to us. This is what we do together when we collectively put our minds together and practiced. Ever since '85/'86 when me and John [Petrucci, guitar] went to college and met Mike [Portnoy, original DREAM THEATER drummer] and formed the band, it was a very intense work ethic that we maintained from 6 p.m. to 12 a.m. every night Monday through Friday, we would always get together and write. We just kept doing it. Four years into it, our first album came out, 'When Day And Dream Unite' on Mechanic Records. That didn't do all too much. Then four years later, things started happening with 'Images And Words'. All throughout that period, we maintained our work ethic. It was what we did. We didn't know what was happening until it was happening."

On how DREAM THEATER dealt with their success:

John: "For us, it was very difficult in the beginning. Originally, we were going to be managed by IRON MAIDEN's management [Sanctuary]. Shortly right before the record came out, they decided not to manage us, like, literally weeks before. Now we thought we had a firm base and a place to build from, but now it's, like, 'Now we got to re-establish who our manager is going to be.' We just stuck to the plan. We went out on tour. We were touring the country in a van, then all of the sudden, it started happening. I remember after a show watching MTV and seeing them playing us and it was like 'Wow!' I was calling everybody up, 'Quick, turn on the TV!' I would say, the beginning was very much sort of just getting the groundwork in. Just figuring out where we stood. Just making sure that we were doing the right thing, that everything was in place. But it was a challenge."

On whether he finds imperfections or immaturity on "Images And Words":

John: "I think if you look back, you can always see things that maybe could have been different. When things are happening in real time, it's more important to go with the flow. The main difference between that album and what we do now is just our experience in the business and just who we are as people. I think musically, it's pretty sound, pretty together. I don't mind listening to it or playing it. I think that quality, I don't know if it does or not, if it has a lot to do with the success of the record, but I know with that record, it's not something I get tired of listening to. It's a good benchmark to set out for. You don't know if it's going to happen, but it's great when you do find a place musically and you listen back and it doesn't have that tiring effect. It's just there. I think that record has that quality." 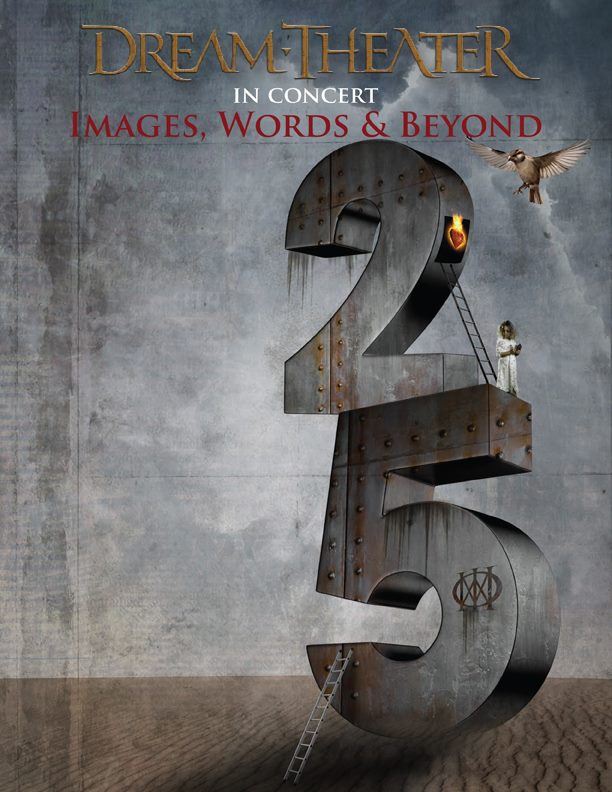