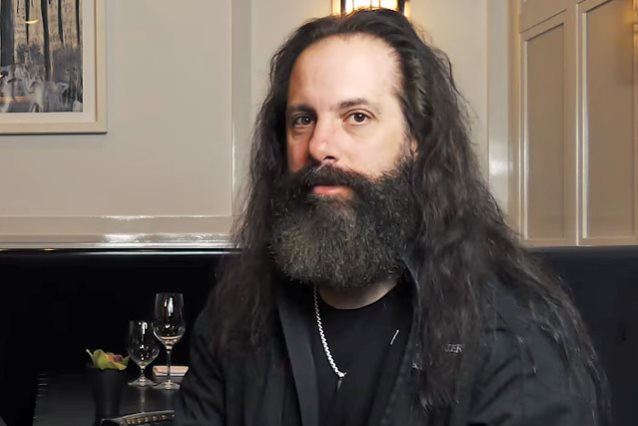 Metal Wani's editor in chief Owais "Vitek" Nabi recently conducted an interview with with DREAM THEATER mastermind John Petrucci. You can now listen to the chat below.

Asked if he has plans to ever release another solo album, Petrucci said: "Yeah, definitely. I did 'Suspended Animation' back in 2005, I believe. It's been so long since I've done one. And it's probably the number one question I get asked personally, whether I'm [gonna release another] solo album. And the answer is yes, it's just a matter of finding the time. I know that sounds like a lame excuse. I actually have the music written. I've actually played a few of the songs on the 'G3' tour I did a few years ago in South America with Joe Satriani and Steve Morse. It's a matter of me stepping away from the schedule of DREAM THEATER and getting into the studio and recording the songs. So it's definitely going to happen."