Turbo Tape Games and DREAM THEATER have announced the production of "The Astonishing" game, based on the band's concept album by the same name. The game will be released on PC, Mac, iOS and Android in April.

"The Astonishing" game is based on the album's story, setting, and characters, giving players an opportunity to further experience the world of Ravenskill and the G.N.E.A. while battling Empirical forces and securing man-made artistry's place in the futuristic world set forth in the universe of "The Astonishing". Tactical gameplay and a storyline that progresses with the player make this a can't-miss experience for gamers and music fans alike. The game will share core gameplay mechanics with Turbo Tape Games' critically acclaimed "UHR: Warlords", with several enhancements for this new project.

"The Astonishing" game will be available as a free download for iOS, Android, PC and Mac with a one-time fee to continue playing past the first two missions. The game features both single-player and multi-player pass-and-play same-device functionality.

In a recent interview with La Grosse Radio, DREAM THEATER keyboardist Jordan Rudess stated about "The Astonishing": "Well, the story is really about hope and it's about the power of music for healing and bringing good energy and good spirit to people. It was a story that was written by John Petrucci [DREAM THEATER guitarist]. He originally thought of it, the seed of the idea, about two and a half years ago. And a little over a year ago, he presented it to the band as an idea to do our concept album, and we were all very excited about it; it seemed really great. So after he presented it to us, then we started to work on all the music for it." 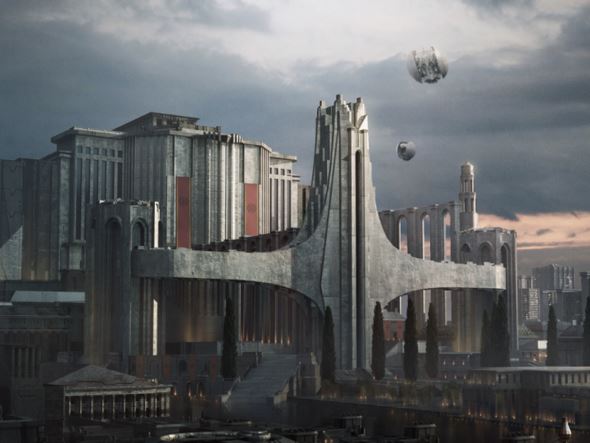