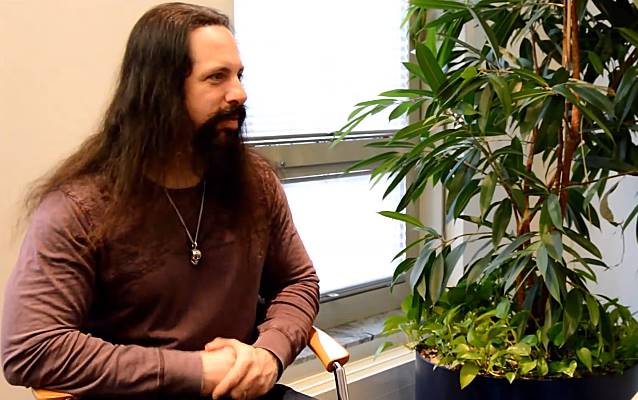 German John Petrucci community JohnPetrucci.de conducted an interview with guitarist John Petrucci of progressive metal giants DREAM THEATER on February 1 in Offenbach, Germany. You can now watch the chat below.

DREAM THEATER's latest, self-titled album (available for purchase here) sold around 34,000 copies in the United States in its first week of release to debut at position No. 7 on The Billboard 200 chart. The CD arrived in stores on September 24, 2013 via Roadrunner.

DREAM THEATER's "Along For The Ride" tour will pick up on March 20 in Toronto, Ontario, Canada following the band's European tour and then continues through the end of April where it will eventually wrap up in Guadalajara, Mexico on April 26.