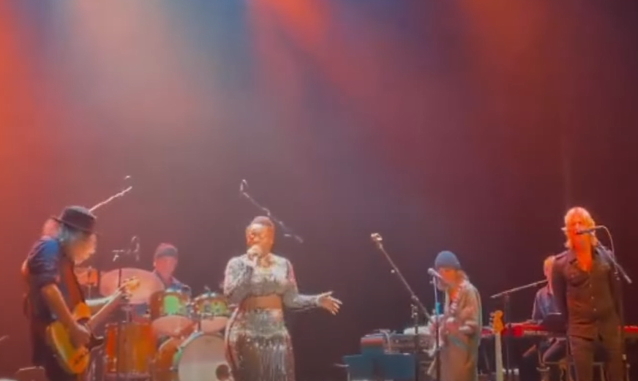 Duff later took to his Instagram to share a backstage photo of him, his wife, Smith and Shepherd, and he included the following message: Had such a great time w/@susanholmesmckagan at the @smashseattle show at the Moore Seattle last night. Got to finally play live with the impossible @shainashepherdmusic ! We were joined last-minute by Chad Smith for 'Change Is Gonna Come'. The house...was brought down! Great job SMASH!"

SMASH's mission is to keep local musicians healthy, and they do this by providing access to free and low-cost medical, dental, and mental health services to low- and limited-income working musicians.

SMASH's live in-person events in 2018 and 2019 sold out and hailed as "one of Seattle's best new concert traditions" by the Seattle Times.

The performances at this year's "Songs Of Hope Live" coincided with both an in-person silent auction during the event and an online auction through eBay For Charity, featuring specially donated items from sponsors and supporters such as Sonos, Gibson guitars, Seattle Seahawks and Alaska Airlines, all brought to you by SMASH. 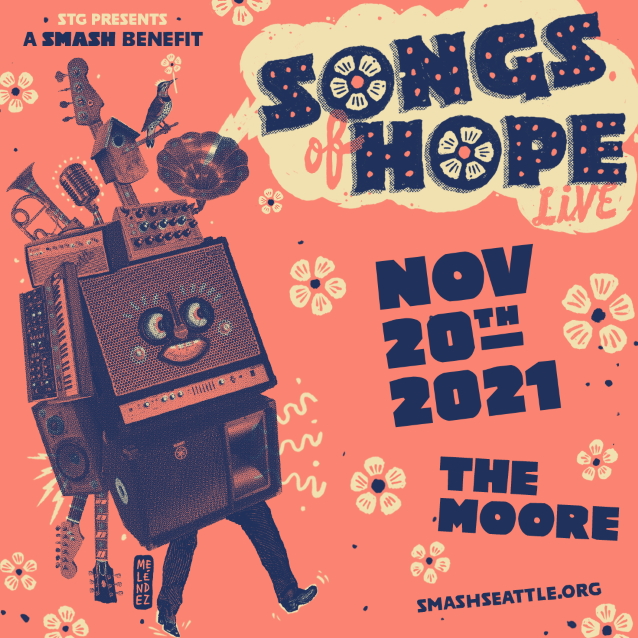