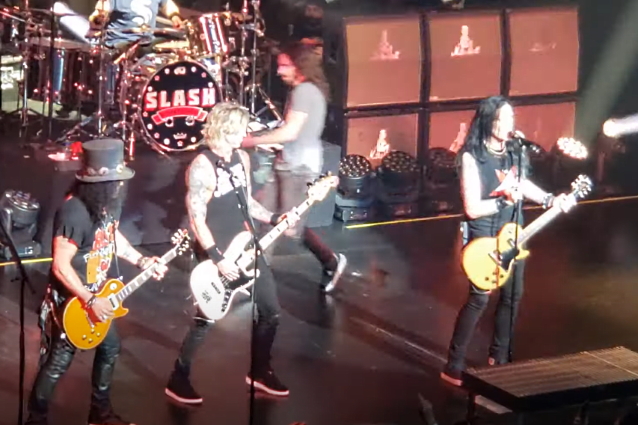 Seattle, which is McKagan's hometown, was the second stop on SLASH FEATURING MYLES KENNEDY & THE CONSPIRATORS' 2022 North American tour, which kicked off on Tuesday (February 8) in Portland, Oregon.

Slash originally intended to avoid performing material from GUNS N' ROSES on this tour, telling Ultimate Classic Rock: "I have to admit, I really missed playing the GUNS material when this thing first started, so it was a great outlet for me. But having gotten back with all my buddies in GUNS, after a while I was like, 'I don't really need to do it with Myles and Company,' so we don't have any GUNS songs in the set. That said, I sort of miss the occasional VELVET REVOLVER song. So I haven't put any VELVET songs in the set as of yet, but I might at some point put one, at least, just for the fun of doing it."