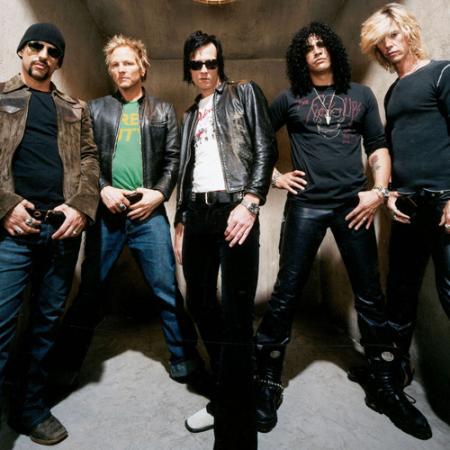 DUFF MCKAGAN On VELVET REVOLVER: We're Just Waiting For The Right Singer To Come Along

"We talk about it every now and again. Slash [guitar] and Matt [Sorum, drums] and Dave [Kushner, guitar] and I played in South Africa at the beginning of June...and of course we talked about it. We've tried out a bunch of singers, but I think we're just waiting for the right person to come along. It'll just happen. But the chemistry of Matt and Slash and Dave and I is really good, so you don't want to let that just go away."

McKagan also commented on Weiland's recent split with STONE TEMPLE PILOTS, noting that, "You could kind of see it coming, I suppose. It's a sad situation any way you look at it. That guy...You hope [Weiland] pulls it together; I shared enough good times with that guy that I wish him nothing but the best."