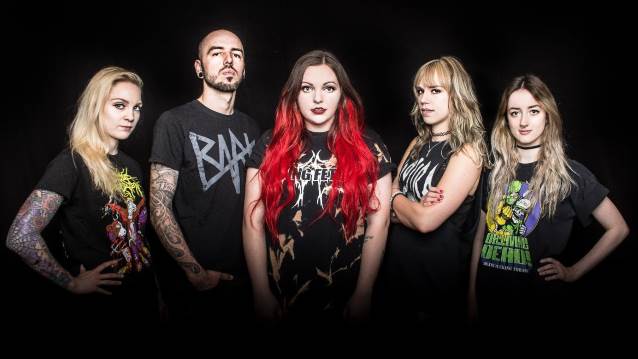 The band added: "We are very proud and excited to announce that we have signed with the mighty Napalm Records. We are very happy to be working with them and are looking forward to releasing an album with them soon!"

At the moment, SISTERS OF SUFFOCATION are working on new material for an early 2019 release.