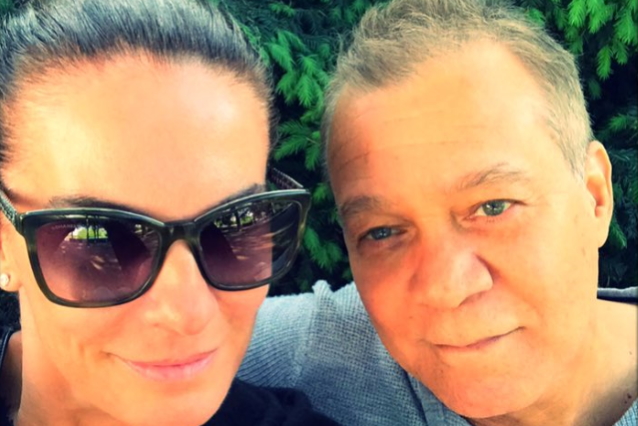 Eddie Van Halen's wife has posted a new photo of the iconic guitarist.

On Sunday, Janie Van Halen took to her Twitter to share a selfie of her and her husband and included the following caption: "Someone's celebrating a birthday today #happybirthdaytoyou" She also added birthday cake and heart emojis.

There have been a lot of rumors regarding the VAN HALEN guitarist's supposedly worsening health, with TMZ reporting recently that Van Halen has been traveling between the U.S. and Germany for cancer treatment going on several years now. The site later said that "the sad medical news had some folks thinking Eddie was on his death bed ... but we're told that's anything but the case."

Back in September, Roth said that there were no plans for VAN HALEN to do anything for the foreseeable future. "I think VAN HALEN's finished and this is the next phase," he said, referring to his solo project. "And that being said, Eddie's got his own story to tell. Not mine to tell it."