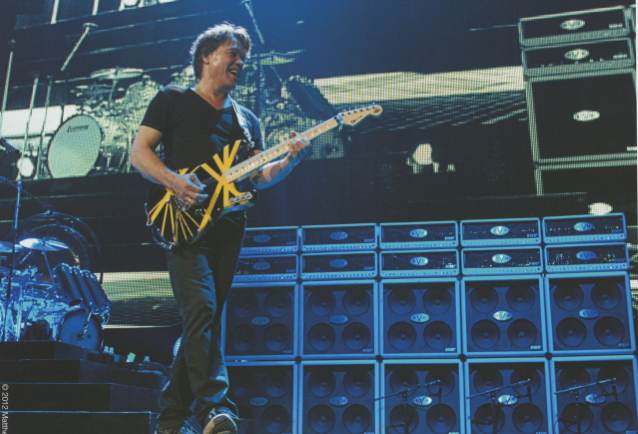 A stage-used Charvel EVH Art Series electric guitar played by Eddie Van Halen during a VAN HALEN concert in 2012 is one of over 400 items spanning the history of popular music that are being auctioned as part of RR Auction's summer installment of the "Marvels Of Modern Music" series.

Designed by the master himself, the Charvel EVH Art Series guitar is based on Eddie Van Halen's original Frankenstein guitar, which was the musician's attempt to merge the sound of a classic Gibson guitar with the physical attributes and tremolo bar functionality of a Fender Stratocaster.

The hand-striped finish was the result of Van Halen painting the guitar differing colors, applying strips of masking tape after each coat, and then peeling to reveal his Shelleyan monstrosity. Accompanied by four photos of EVH playing the guitar on stage, two unused tickets for the referenced Scottrade Center show, and a certificate of authenticity signed by Van Halen, who affirms that he played guitar "095" on "April 29, 2012—St. Louis, MO."

Bidding for the "Marvels Of Modern Music" auction from RR Auction began on June 17 and will conclude on June 24.

For more information, go to www.rrauction.com. 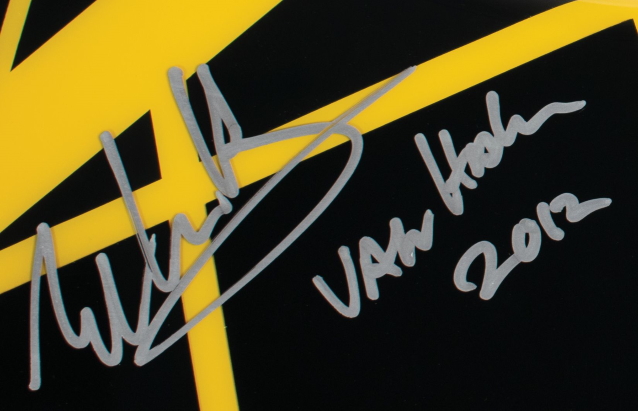 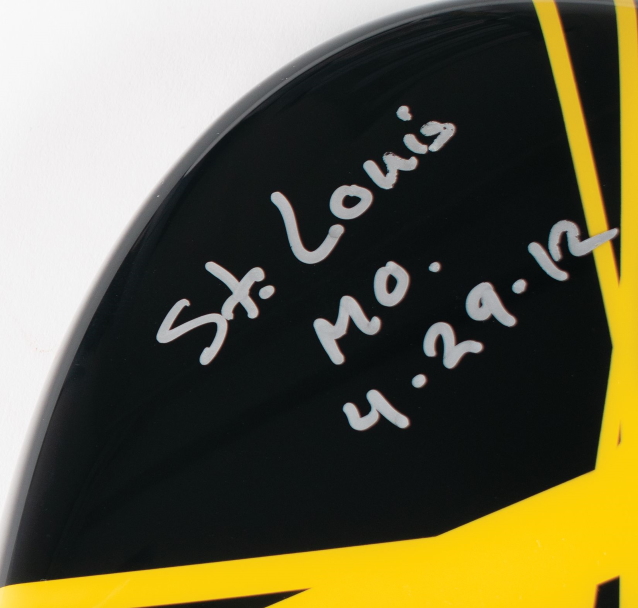 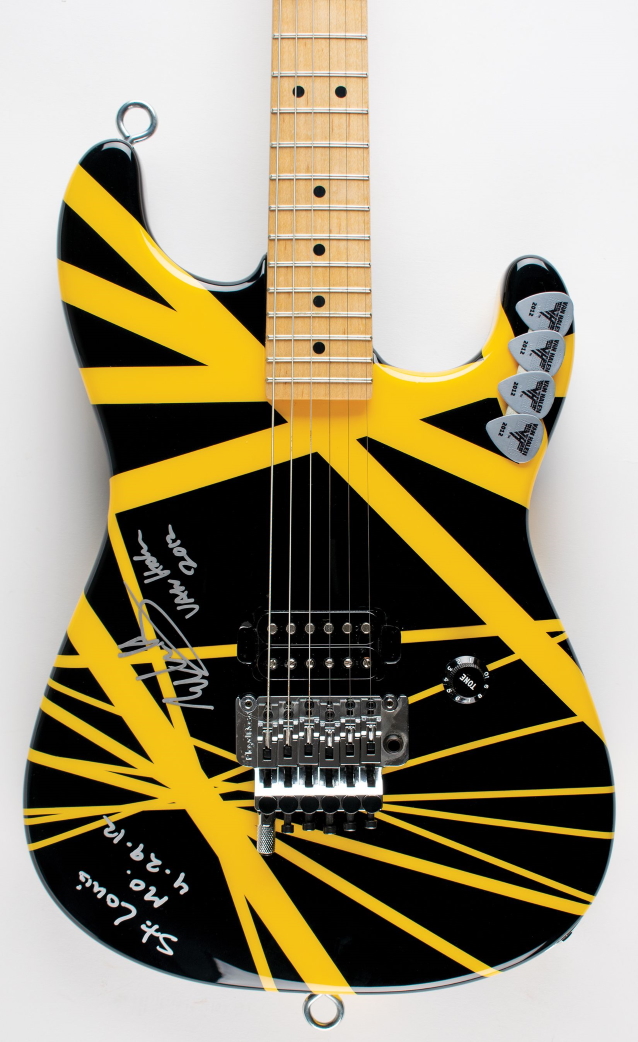 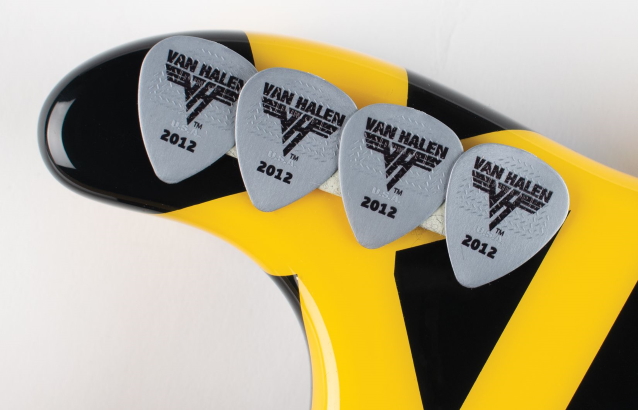 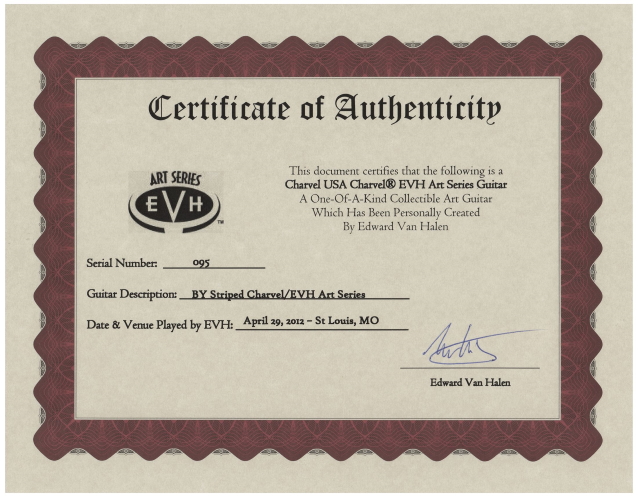