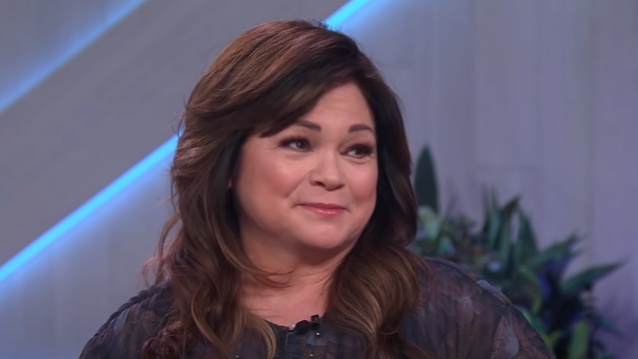 Eddie Van Halen's ex-wife Valerie Bertinelli discussed her new book, "Enough Already: Learning To Love The Way I Am Today", during an appearance Thursday (January 20) on "The Kelly Clarkson Show". Bertinelli reflected on the special relationship she had with her late ex-husband and opened up about feeling unlovable during her struggles with body image in the past, and how she is ready to change the narrative.

Asked if she still feel Eddie's presence in her everyday life, Valerie said: "I do — in so many different ways. There was a couple of things in the book that I write about — really kind of 'woo-hoo' kind of things that if you believe in that, great; it happened to me. But there was something recently that just happened to me, after I finished the book.

"I had kind of made this pact with Ed that I would see a certain bird — or was it two, or was it three? I wasn't sure whether it was two or three birds — and then I would know he was there," she continued. "In the bathroom early in the morning, I have this big picture window. And I saw, 'Oh, there's three birds. Ed, are you here?' I said, 'Oh, wait. Was it two birds I said? Oh. God. Was it two or three? So I don't know if it's you, Ed. If you're here… You know what? Screw it. If you're here, just send a whole flock of birds.' And literally — I didn't even get the sentence out of my mouth and a whole flock of birds went by. It must have been 20, 30 birds — these little, tiny birds. And you know they do those waves. That's what happened. They went by. And I never saw the birds again. I went, 'Okay.' I got goosebumps. It was just, like, 'Oh, Ed. Okay. Cool. You're here.' … It made me happy."

In "Enough Already: Learning To Love The Way I Am Today", Valerie writes about saying goodbye to Eddie when the legendary guitarist died at 65 in October 2020 from cancer. She and their son, Wolfgang, 30, were by his side in his final moments.