Austrian female-fronted symphonic metal band EDENBRIDGE will release a live album on April 27. Entitled "LiveEarthDream" (see cover artwork below),the disc was recorded at various concerts in 2008 and can only and exclusively be ordered through the band's fanshop. The album will be limited to 1,000 copies and will not be available anywhere else.

Bassist Frank Bindig left EDENBRIDGE last year in order to focus on his other projects. The group has not yet announced a replacement.

EDENBRIDGE's sixth studio album, "MyEarthDream", was released in Europe in April 2008 via Napalm Records. The cover art was created by Anthony Clarkson, who has previously worked with BLIND GUARDIAN, among other artists. The mixing sessions for the CD were completed at Thin Ice Studios in England with Karl Groom (THRESHOLD). The mastering took place at the Finnvox Studios in Helsinki, Finland with Mika Jussila. 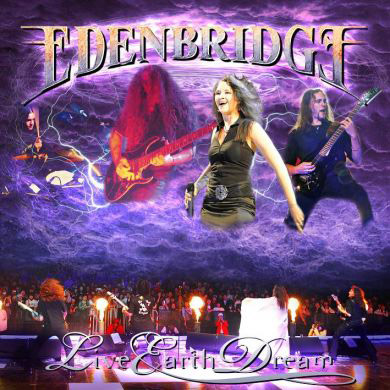