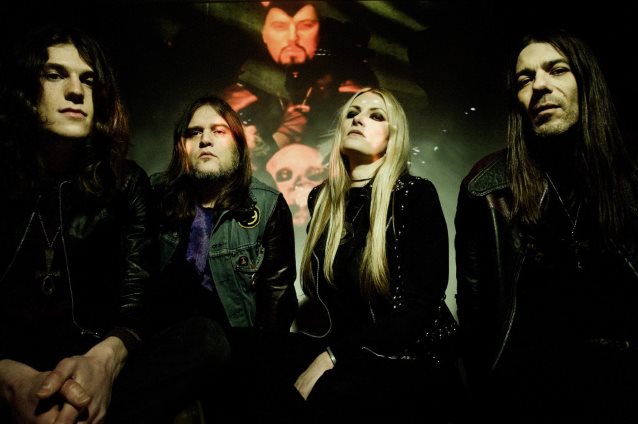 U.K. cult legends ELECTRIC WIZARD will release their new album, "Wizard Bloody Wizard", on November 10 via Spinefarm. The LP is described in a press release as "forty-three minutes of cranium-crushing bludgeon rock, a relentless aural brain rape and, like the band's beloved vintage horror/exploitation movies, definitely not for those of a nervous disposition."

Finally rising above convention and genre, the band have constructed their own vision of classic heavy rock, a sound harking back to the dreaded days when "heavy" meant GRAND FUNK and BLACK SABBATH and "rock" meant drugs, groupies and mountains of amplification.

"Right away we knew this was it… the new direction we should go in," says ELECTRIC WIZARD guitarist/vocalist Jus Oborn. "Real heavy music… really basic heavy rock, blues-based but brutal.

"I think a lot of modern heavy music has disappeared up its own arse… it's too pretentious and technical. We wanted to get back to that primal sound… over-amplified blues… Hendrix, BLUE CHEER, ZEPPELIN. They took that music and then turned it up… so we thought let's do the blues in our style. Heavy, heavy super-fuckin' blues, total snail-paced funeral boogie for this twenty-first-century hell. I guess it's meant to be hopeless but it's also defiant and unbroken."

Even though the LP promises "hymns to death, drugs, sex and violence," the overall vibe is a band that is revitalized and ready to kill. The sound is aggressive, stripped back and savage, as if the new line-up has mainlined a new level of attitude and ability.

"Y'know, a lot of bad shit has happened to us, but through it all was the music," Oborn says. "We still dig loud heavy music and the album is not really depressed or angry, it's arrogant and rebellious. I still believe in rock and roll and I still believe in killing it on stage and mentally destroying an audience."

And the band sounds together — really together. The last three years of touring, writing and rehearsing have honed and moulded a new sound that has truly distilled the ELECTRIC WIZARD brew. In forty-three brain-damaging minutes, the band delivers a varied, challenging and breath-taking LP, from crushing blues stomp through savage Detroit sleaze rock, paranoiac passages of droning drug rock and creepy funereal proto-metal/acidrock.

"We've been worn out by the modern scene — it's all about styles and genre," Oborn says. "We just wanna make solid heavy music… no rules. We didn't set out to record a style or product. We set out to record what we wanted to hear.

"I want people to know it's ELECTRIC WIZARD from the first second, but also to know we are gonna take them on a trip.

"Heavy doesn't just mean tone and bottom end… I think people have become too obsessed by FX and boutique amps. It's more about playing style, attitude and songwriting…

"Y'know, a lot of our songs have been interpreted as acoustic numbers by various people and they are still heavy and ominous sounding… You can't dilute true darkness."

The LP's stunning all analog recording has been produced by Oborn and Liz Buckingham (guitar) in their own Satyr IX Recording Studio.

"It's an anti-studio really," Oborn explains. "We wanted to put as little between the band and the tape as possible. We needed to take stuff away and use less equipment, 'cause I think the raw sound of the band is killer.

"Studios have progressively made the recording situation more difficult and convoluted. I always think the best recordings are the simplest and most basic ones. So, yeah, we built the studio that we wanted… mics, mixing desk, tape machine… that's it. No bullshit."

The LP sleeve and art has also been conceived by the band and echoes, again, their love of the macabre, evil and sleazy. A sick and twisted bad taste eye-assault that aims to titillate, excite and repulse you.

"Sex and violence are our basest instincts," Oborn says. "I guess we think that engaging the brain and guts on this most basic, primal level is the fastest way to grab people's emotions… It's 'shock' tactics, but the world is so fuckin' brainwashed or bored that they need to be 'woken up'. The 'man' is slowly neutering and killing us with technology and lies… It's time to fight back."

Upon album preorders, fans will receive an instant download of new track "See You In Hell". 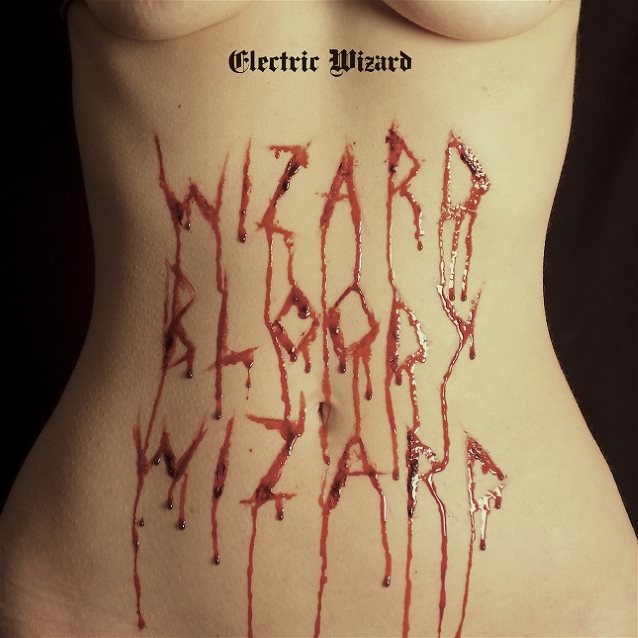