A spokesperson for the venue told Pollstar.com despite reports of a fire and confusion, it was a minor issue and the building was evacuated in an orderly manner as a safety precaution.

The DETHKLOK show has been moved to June 9. All tickets for the original date will be honored. Refunds are available at the place of purchase.

A couple of photos taken outside the Fillmore last night can be viewed below (pictures by Alan Ralph of www.PhotographN.com)

This major tour starring the five band members from Adult Swim's "Metalocalypse"Nathan Explosion, William Murderface, Skwisgaar Swigelf, Toki Wartooth and Pickles comes on the heels of an incredibly successful fall for the band. In its first time touring, DETHKLOK opened for AND YOU WILL KNOW US BY THE TRAIL OF DEAD in a 12-city college tour that did not disappoint. Released in conjunction with the tour was the band's first album, "Dethklok: The Dethalbum", which debuted at #21 on The Billboard 200 during its first week of release, making it the highest-charting death metal album ever. More than 195,000 copies of "Dethklok: The Dethalbum" have been sold to date, and more than 120,000 copies of the "Metalocalypse: Season 1" DVD from Warner Home Video have been sold since its release in October 2007. 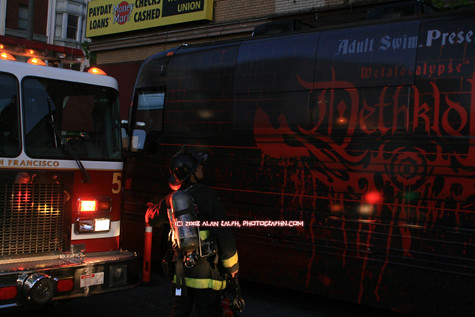 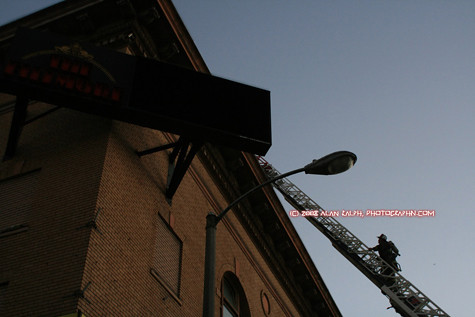