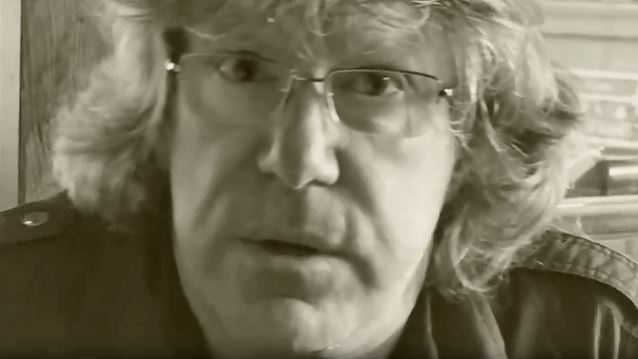 EMERSON, LAKE & PALMER keyboardist Keith Emerson has died at the age of 71.

The statement reads: "We regret to announce that Keith Emerson died last night at his home in Santa Monica, Los Angeles, aged 71. We ask that the family's privacy and grief be respected."

EMERSON, LAKE & PALMER last performed together in 2010, when they staged a 40th-anniversary reunion at the High Voltage festival in London. Their most recent studio effort was 1994's "In The Hot Seat".

"I am deeply saddened to learn of the passing of my good friend and brother-in-music, Keith Emerson," Keith's longtime bandmate Carl Palmer said in a statement. "Keith was a gentle soul whose love for music and passion for his performance as a keyboard player will remain unmatched for many years to come. He was a pioneer and an innovator whose musical genius touched all of us in the worlds of rock, classical and jazz. I will always remember his warm smile, good sense of humor, compelling showmanship, and dedication to his musical craft. I am very lucky to have known him and to have made the music we did, together."

Hailed as a keyboard legend, Keith Emerson was one of the most important figures to emerge from the thriving U.K. rock scene of the 1960s and 1970s. He is known as one of the most prominent leaders in the progressive rock movement, fusing rock 'n' roll with a myriad of musical styles, such as classical, jazz and world music. A modern wizard of electronic and acoustic keyboards, most notably the organ and synthesizer, he has set a standard by which others multiply. With both THE NICE and EMERSON, LAKE & PALMER, Emerson has written and recorded some of rock's most adventurous music and brought it to the masses with unmatched virtuosity and skillful showmanship.

Keith Emerson (1944 - 2016)We regret to announce that Keith Emerson died last night at his home in Santa Monica, Los...