EMMURE To Release 'Look At Yourself' Album; Listen To Another New Song 'Russian Hotel Aftermath'

Metalcore heavy hitters EMMURE will release their new album, titled "Look At Yourself", in early 2017. The follow-up to the 2014's "Eternal Enemies" marks EMMURE's first release with SharpTone Records.

To give listeners a taste of what they can expect from "Look At Yourself", EMMURE has released another new song off the album, "Russian Hotel Aftermath", which can be streamed below.

Palmeri released a statement earlier in the year in which he said he regretted saying "a lot of stupid shit" in the past. He said: "Over the years, specifically the last decade, I have done a pretty good job at painting myself as an egotistical, psychotic, moronic douche. I did and said a lot of stupid shit, a good portion of which I look back [on] with embarrassment and regret. I have grown so much as person and I like to think there is still chance for people to understand that everyone grows differently and at their own pace. I am still growing, but I am not the person people have made me out to be. I look forward to reconnecting with all the fans who have stuck with EMMURE through the years and just over all excited about the future." 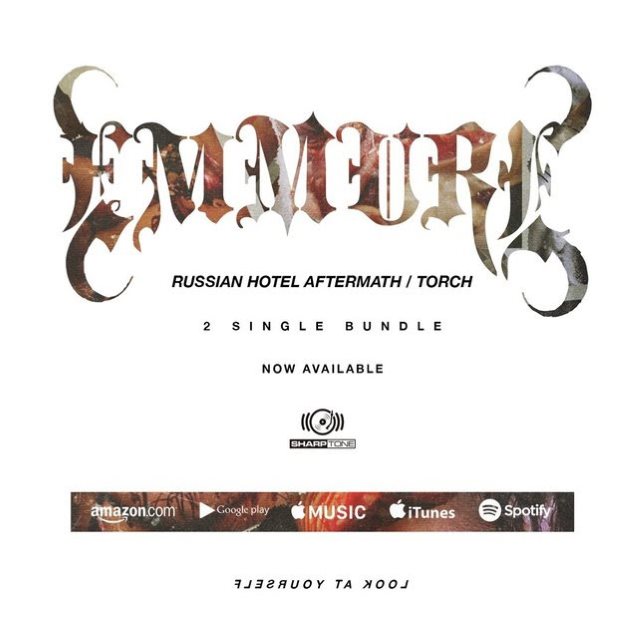