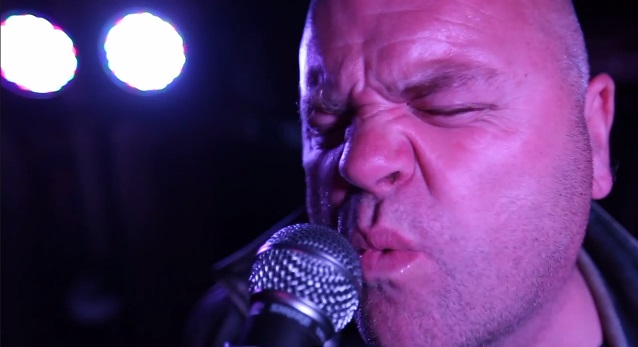 ENGLISH DOGS: 'Turn Away From The Light' Video Released

"Turn Away From The Light", the new video from thrash/punk crossover icons ENGLISH DOGS, can be seen below. The clip was helmed by Wes Orshoski, co-director/co-producer of "Lemmy", the acclaimed documentary examining the life and career of MOTÖRHEAD frontman Lemmy Kilmister.

"Turn Away From The Light" is taken from ENGLISH DOGS' new album, "The Thing With Two Heads", which was released on July 8 via Candlelight Records. Clocking in at 42-minutes, it is the first newly recorded material by the group in over two decades.

Back in February, ENGLISH DOGS drummer/founding member Pinch called the nearly completed album "an angry bastard of a record." Featuring Pinch with vocalist Adie Bailey and guitarist Gizz Butt, the CD is a direct result of the successful 2012 North American tour. Decibel magazine interviewed the band just prior to the trek and questioned how the band felt about the supporting lineup — TOXIC HOLOCAUST, THE CASUALTIES and HAVOK — all heavily influenced by their music. Gizz noted: "You never know if anything you do will be considered important, and even if you have all the self-belief in the world, you cannot say if anyone will like it or not.

"It's amazing that we touched so many great bands. It means that occasionally what you do, when you take that gamble and step out for two or three years to make and promote an album, that you did the right thing."

Reanimated on their return home from the 14-date tour, ideas started to circulate with snippets committed to tape on both sides of the Atlantic. Pinch shares: "We got back together because we felt like we had unfinished business.

"Tons of people ended up turning up to the gigs. We started to think maybe we are worth a fuck after all. We started writing and recording and it clicked immediately."

He continues: "'The Thing With Two Heads' is the missing link between 'To The Ends Of The Earth' and 'Forward Into Battle'. It's classic ENGLISH DOGS punk metal. It doesn't sound like anyone else, because it wasn't inspired by anyone else."

Formed in 1981, ENGLISH DOGS was at the core of a new wave of English punk. A more aggressive and desperate sound was a critical characteristic of this new hybrid, a sound that would help inspire America's still-developing thrash scene. Alongside labelmates GBH and DISCHARGE, the band would release several recordings for Clay Records. "Mad Punx & English Dogs" and its follow-up, "Invasion Of The Porky Men", hit and maintained lengthy U.K. indie charts positions. "Forward Into Battle" (1985, Rot Records),and "Where Legend Began" (1987, Under One Flag/Music For Nations) would continue to see the band's international profile rise. An American tour in 1986 would see sold-out performances in Los Angeles, San Diego, San Francisco, Baltimore, New York, Chicago and more. The band would go their separate ways by year's end.

"The Thing With Two Heads" was recorded by producer Dean Pansy.

The album's complete track listing is as follows: 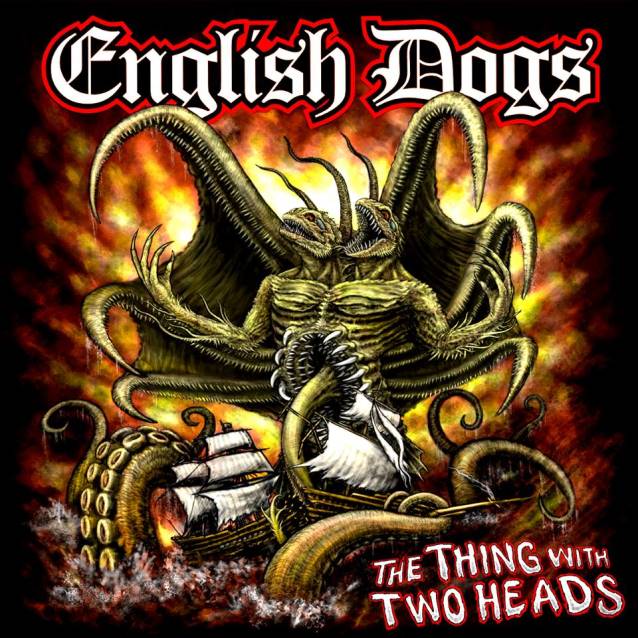