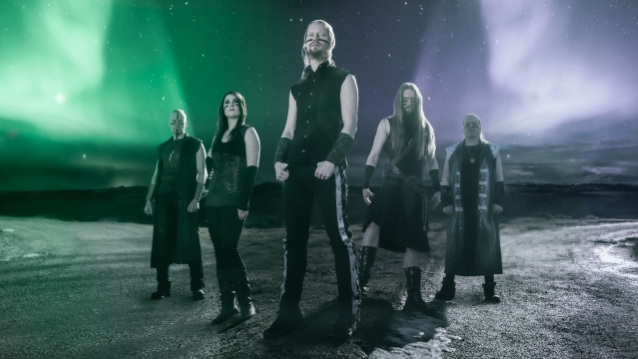 After almost four years of absence in the States, Finnish folk metallers ENSIFERUM have announced a North American headlining tour, featuring SEPTICFLESH as direct support, with another opening band to be announced soon!

ENSIFERUM bassist Sami Hinkka comments: "It's been way too many years since we rocked with our North American warrior brothers and sisters! So early 2019 we will set sails and head to your shores. And we are not coming alone. We will join forces with a brilliant and ass-kicking bands: SEPTICFLESH and a special guest! What a way to start a new year! This tour will leave its mark on the history of metal! So get your ticket in advance and get ready to mosh with us like there is no tomorrow.

"Oh! And one more thing: on this tour, we have no chance to play in every city that we would want to, so we are doing our best to return to North America for a second time in 2019. Stay tuned and see you soon!"

Following the trek, ENSIFERUM will also make an appearance at the 70000 Tons Of Metal 2019 cruise.

ENSIFERUM's seventh album, "Two Paths", was released in September 2017 via Metal Blade Records. Produced by Anssi Kippo, the disc was recorded on tape, for a true analog experience.

You can't talk about the true greats of folk-inspired melodic death metal without reverent mention of ENSIFERUM, and with "Two Paths", they once more affirm their place in the pantheons of the genre. Further building upon the thrilling metallic hybrid honed across six full-lengths, "Two Paths" is simultaneously the Finnish quintet's most epic and far-reaching collection and their most organic, which definitely sets it apart from the pack. Additionally, the album literally takes the concept of "Two Paths" to heart, with two different versions of standout tracks "Don't You Say" and "God Is Dead". 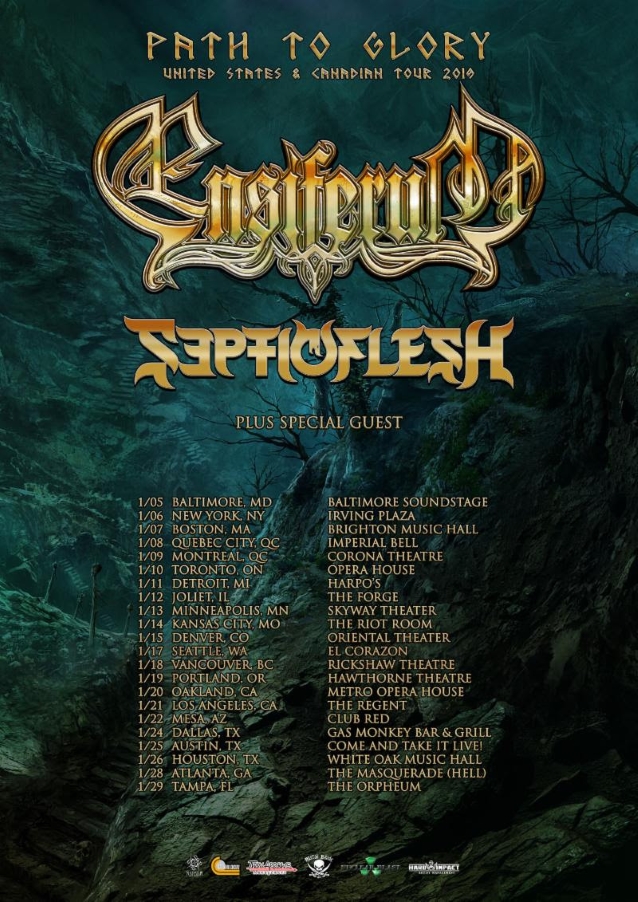