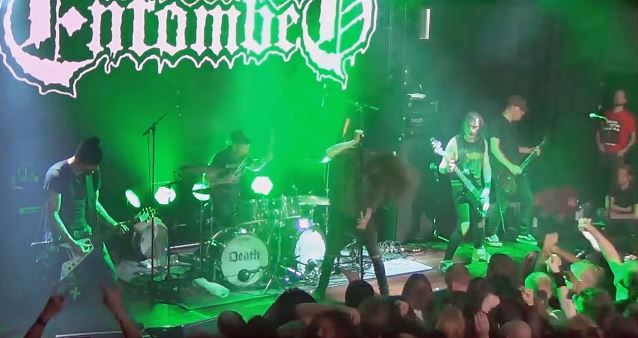 ENTOMBED will next play its groundbreaking 1991 album, "Clandestine", in its entirety at Malmö Live in Malmö, Sweden on November 12. Sitting in first with conductor Josef Rhedin and the 100-plus member Malmö Symphony Orchestra for Thomas Von Wachenfeldt's arrangement of "Clandestine", the band will perform "Clandestine" from front to back for the very first time. Hellid said: "'Clandestine' is a complex beast. Revisiting it 25 years later is definitely something special."

Decibel magazine inducted the album into its Hall Of Fame series in their December issue. Editor Albert Mudrian said "Clandestine" is "one of the greatest death metal records — Swedish or otherwise — of all time."

BLABBERMOUTH.NET first announced the trio's assemblage earlier this year. Since then, fans have questioned the possibility of new material from the death metal pioneers. Cederlund asserted: "We're not going to do big world tours. Right now we have these two shows booked and we're taking it from there. We have been re-recording old stuff to see how we sound today — and we like it. Time is flying faster as I get older and I would love to be part of a new ENTOMBED album. I'm open for it."

Andersson noted: "We realized it's been 25 years since 'Clandestine' first came out and we never properly performed it live. It's about damn time! I wanted to be part of the earlier orchestra shows but schedules clashed. This time the stars aligned such that we can do both the eerie cinematic Christopher Young-style ('Hellraiser') set, where we sit in with the orchestra, and then the full-on original performance as a band. It's an awesome way to celebrate."

"Just getting into a room with Nicke and Uffe is exciting," noted Hellid. "Getting back on stage will be amazing. We find profound joy in looking for, creating, and shaping ENTOMBED. It is an immense rush making all the bumps along the way well worth it.

The ENTOMBED band that performed on the Close-Up Båten cruise is not to be confused with ENTOMBED A.D., which features ENTOMBED vocalist Lars Göran Petrov alongside Olle Dahlstedt (drums),Nico Elgstrand (guitar) and Victor Brandt (bass).

Hellid and Petrov have been embroiled in a legal battle over the ENTOMBED name for several years. In 2014, Petrov was awarded the right to use the band name in connection with future recording and touring activities, a decision which Hellid appealed without success. The guitarist then went on to register a trademark for beverage production under the "Entombed" name. This move did not sit well with Hellid's former bandmate, who filed a letter of protest against Alex's registration of the name, claiming that it could be confused with band activities. He also said that Hellid acted in "bad faith" when he registered name and that there was a desire to "deceive the public." Petrov's protest, however, found no favor with the Swedish Patent And Registration Office, which rejected his claims on the issue in a March 2016 ruling. 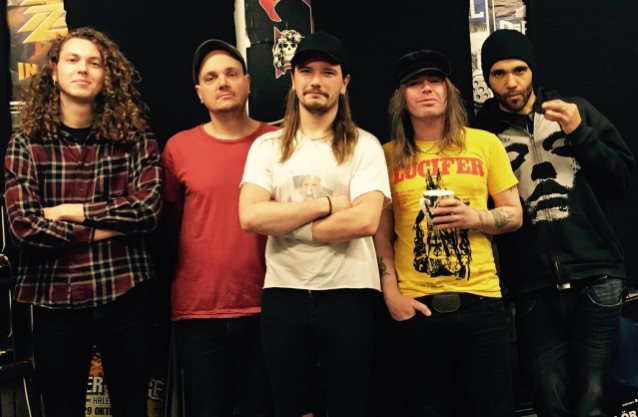 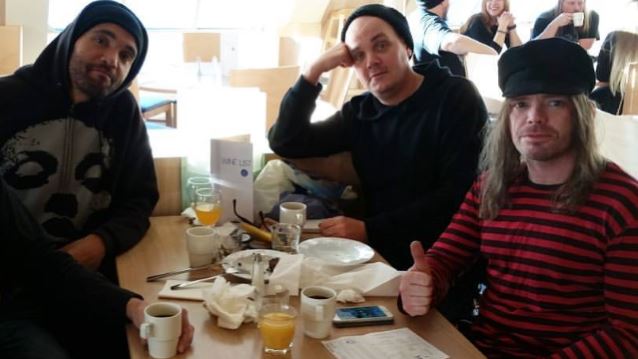