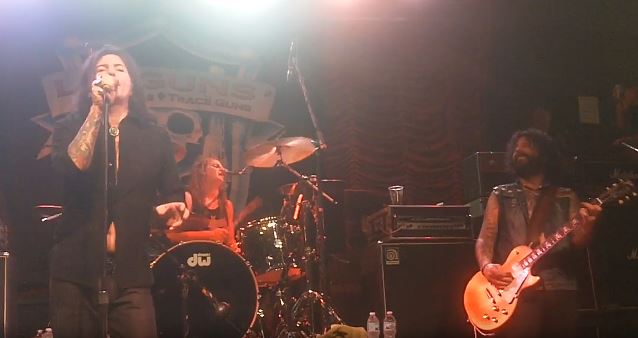 Fan-filmed video footage of L.A. GUNS singer Phil Lewis and the band's co-founding guitarist Tracii Guns performing on October 27 at the Rock N Skull festival pre-party at The Tree Of Joliet in Joliet, Illinois can be seen below.

As previously reported, Lewis and Guns have inked a deal with Frontiers Music Srl for the release of a new L.A. GUNS album, tentatively due in June 2017.

After a nearly 15-year break, Lewis and Guns are back together for another chapter in their partnership that began in 1986, four years after Tracii formed L.A. GUNS in 1982.

Their writing partnership spawned classic L.A. GUNS songs such as "Sex Action", "Never Enough", "Electric Gypsy", "The Ballad Of Jayne" and countless more in an impressive catalog of fan favorites.

The last time Lewis and Guns joined forces was back in 2000 with legendary producer Andy Johns for the making of what would become "Waking The Dead" — an album that went on to receive tremendous critical acclaim and proved that their musical partnership was every bit as strong as the early days with all-killer-no-filler songs, including "Don't Look At Me That Way", "Hellraisers Ball" and "The Ballad".

"I think we owe it to our fans who have stuck with us during the many ups and downs of the band's long and checkered career," said Lewis. "Tracii and I have written the songs to the soundtrack of many people's lives, and I think it's definitely worth investigating to see if the magic is still there."

As for Guns, he's been compiling song ideas over the last year and promises this one will be one of the band's heaviest records, simply stating, "It's good to be home."

The band has already confirmed a bunch of U.K. dates in early 2017 and two shows at the legendary Whisky A Go Go in West Hollywood, California, with more surprises to be announced soon. 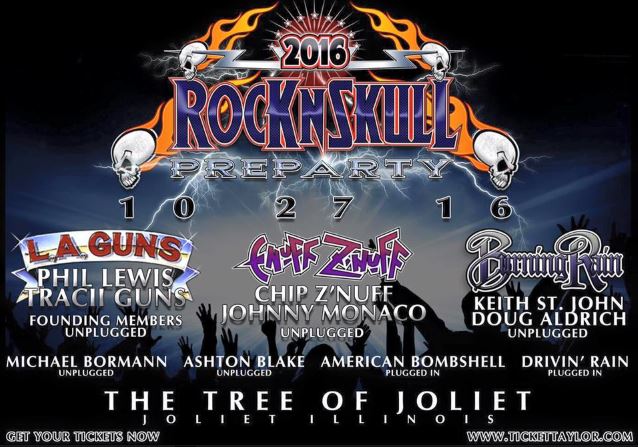