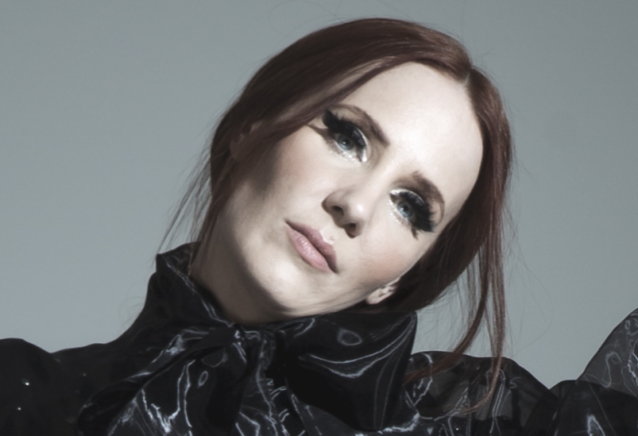 EPICA Is Working On 'Secret Project': 'It's Something We've Never Done Before', Says SIMONE SIMONS

EPICA singer Simone Simons has confirmed to Canada's The Metal Voice that she and her bandmates have been working on new material during the coronavirus pandemic. "We have new music that will be released later this year," she said (as transcribed by BLABBERMOUTH.NET). "And it's not an EPICA album; it's not your typical EPICA epicness. [Laughs] It's something we've never done before. So definitely also worth the anticipation. But it will be released early winter or something like that."

She continued: "We're working on the artwork at the moment. We have singles ready. I already shot a video for one of the songs… We had a couple of things on our list that we wanted to try, and it also kind of came to fruition during the pandemic.

"It's a busy year for EPICA. We've been busy during the pandemic with non-touring things, but now we had so many festivals and working behind the scenes on this, we like to call it 'secret project.'"

Simons declined to reveal any more details about the upcoming project, saying that: "We have an online fan community which is called 'Epica Universe', and there we have been already spoiling a little bit of what the 'secret project' is about. So if people are curious, they are welcome to join the 'Epica Universe'… It's really totally different. I can't wait for that music to be released because we have been teasing everybody on the 'Epica Universe' forever about this secret project. And it's taken up a lot of our time… There's not a lot of details about it yet, but on the 'Epica Universe', the fan club, we've been posting a little bit behind-the-scenes things, and you can hear choir bits and pieces and orchestration already."

Just one day after the release of their anniversary reissues "We Still Take You With Us" and "Live At Paradiso", EPICA will celebrate 20 years of existence live on September 3 at 013 in Tilburg, Netherlands, the same place where they played their first show (supporting ANATHEMA) back in 2002.