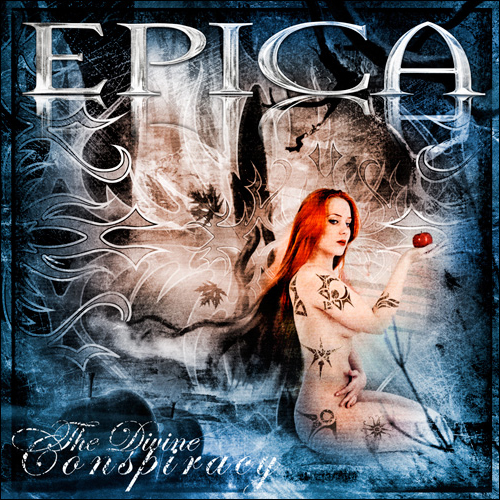 An audio sample of a brand new EPICA track, entitled "Menace of Vanity", has been posted on the group's MySpace page. The song comes off the Dutch female-fronted symphonic metal band's new album, "The Divine Conspiracy", due in Europe on September 10 via Nuclear Blast Records (September 7 in Germany). Check out the CD cover artwork at this location.

"The Divine Conspiracy" was mixed by Sascha Paeth and features a session appearance by GOD DETHRONED drummer Ariën van Weesenbeek. EPICA has yet to name a full-time drummer following the departure of Jeroen Simons in 2006.

EPICA's June 21, 2007 concert at The Underground in Cologne (Köln),Germany was filmed as part of the WDR TV network's "Rockpalast" series. The footage will air at a later date.