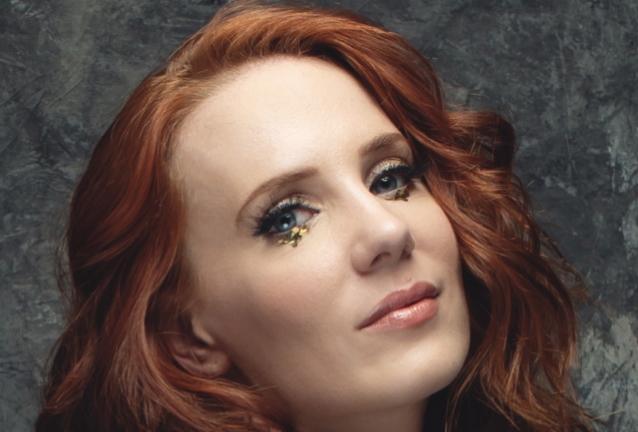 EPICA's SIMONE SIMONS: 'We Want To Preserve Our Mother Earth And Ensure That Our Children Have A Safe Future'

EPICA singer Simone Simons has urged everyone to "preserve our mother earth and ensure that our children have a safe future."

In the latest entry in her Smoonstyle blog, Simone wrote in part: "Covid-19, the climate crisis, the fight against racism. They have been keeping many of us awake at night for the last couple of weeks, months and for some of these matters even for years, decades and centuries. Streets that were empty before were filled with a sea of people fighting for basic human rights.

"While we were complaining about having to wear face masks out in public, waiting longer in line to buy our food and clothes, other people have been waiting their whole life for a change that still hasn't come.

"We are all fighting for clean air at this very moment. We want to preserve our mother earth and ensure that our children have a safe future. We should do this united as one, not divided by systemic racism, ethnicity, sexual orientation, different beliefs. There is no Planet B and there is no you and me. It is us, together.

"Our planet earth is our only home and we need to protect it and not destroy it. I believe that if we all make changes in our life style, we can still turn the tide. Don't think that you alone cannot make a change. If we all think like this, nothing will change for the better."

EPICA recently entered Sandlane Recording Facilities in Rijen, Netherlands to record its new album. The follow-up to 2016's "The Holographic Principle" is once again being produced by Joost Van Den Broek (POWERWOLF, AYREON).

In support of the new album, EPICA will comprehensively tour Europe during the "Epic Apocalypse" co-headline tour with APOCALYPTICA and support act WHEEL.

Last fall, EPICA celebrated the 10th anniversary of its milestone album "Design Your Universe". To mark this special occasion, EPICA re-released this fan-favorite LP as a "gold edition" in October through Nuclear Blast. This edition contains the album remixed and remastered by Joost Van Den Broek with updated artwork and a second disc containing newly recorded acoustic versions of "Design Your Universe" songs.