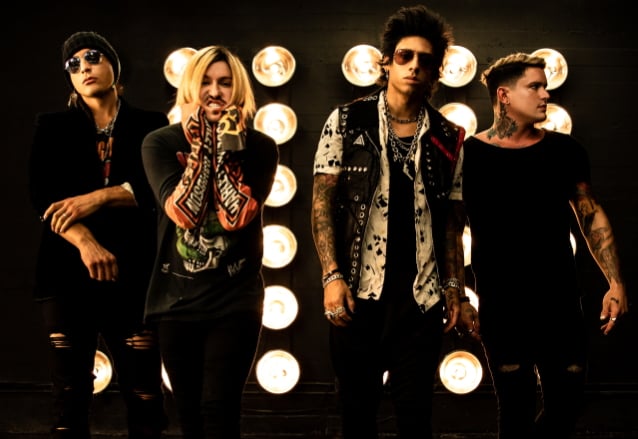 "Invincible" will appear on the soundtrack to "The Retaliators", a high-octane horror/thriller due out in 2021. Vocalist Craig Mabbit also makes an appearance as an undercover cop in the film alongside some of rock's biggest names, including the members of FIVE FINGER DEATH PUNCH, Jacoby Shaddix of PAPA ROACH and Tommy Lee, among others.

With the addition of Sterling's expert musicianship which is brought to the forefront at the end of the song, ESCAPE THE FATE was able to create a softer touch to a high-intensity track. Ortiz speaks about having Stirling on the song: "She is an angel – she has so much light in her. But the primary reason I wanted to work with her… strictly speaking musically, she is gnarly — her music is epic." Lindsey is a multi-faceted artist who has billions of views on her popular YouTube channel.

Stirling said: "I loved working with the guys! I originally started out by playing with rock bands, so this took me back to some fond memories from my past times. As I've learned more about their stories as individuals and as a band, it's cool that they truly represent fighting through darkness to find and chose light."

"Invincible", is the perfect word to use in describing ESCAPE THE FATE, which has survived personnel changes and the cancelation of tours due to the pandemic. The band has been consistently releasing new music for well over a decade to its audience of over four million dedicated social media followers.

On November 20, ESCAPE THE FATE will do a streaming concert, live worldwide, performing their greatest hits and songs from their forthcoming album. Tickets can be purchased on www.escapethefate.com now.

ESCAPE THE FATE is a three-word phrase synonymous with heavy rock 'n' roll and hooks, post-hardcore with weight, and unrelenting genre-redefining anthems built for diverse audiences. Over a decade into their young career, they have proven to move crowds equally at major rock radio festivals, the legendary Vans Warped Tour, or on the road with FIVE FINGER DEATH PUNCH. Craig Mabbitt, Kevin Thrasher, TJ Bell and Robert Ortiz have each been making music, and on the road, before they were old enough to drive. It's what has made the band's message transcend any sense of "difference" in genre, all around the world, touring with AVENGED SEVENFOLD, GODSMACK, PAPA ROACH, I PREVAIL, BULLET FOR MY VALENTINE, HOLLYWOOD UNDEAD, HELLYEAH, ALL THAT REMAINS, and on multiple Vans Warped Tours.

With "Invincible" and "Chemical Warfare", ESCAPE THE FATE has created some of its best music to date. Made together with A-list producer John Feldmann (5 SECONDS OF SUMMER, THE USED),"Chemical Warfare" delivers an arsenal of driving bangers and melodic ballads that are among the best of the hard rock world. It's still about a good time, but with a deeper meaning. Each member of the band has grown as a musician over the years, from Craig's powerful vocals to Kevin "Thrasher" Gruft's production prowess,

"Invincible" as a song points to all of that and sends the message to the listener to stand up, move forward, and keep going. The new single follows the release of "Walk On", which was featured in the recently released "Sno Babies", made available via Better Noise Films. 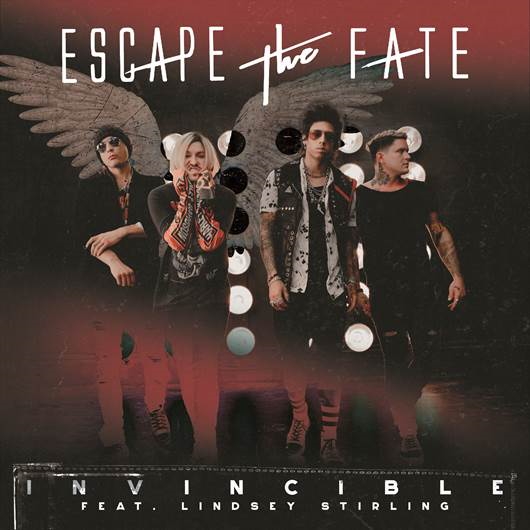