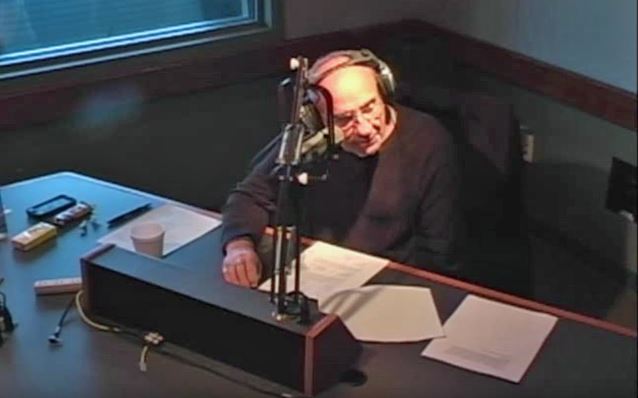 This weekend's edition of legendary BLACK SABBATH drummer Bill Ward's radio show "Rock 50" was his yearly tribute to "the lost of 9/11." Check out video highlights of the program below.

Ward recently slammed his ex-bandmates in SABBATH again, accusing them of "selfishness, self-centeredness, dishonesty and disloyalty" over his exclusion from the group's farewell tour. Ward was responding to singer Ozzy Osbourne saying in an interview with Rolling Stone that it would be "great" if "something can be worked out" for Ward to appear at the band's final shows in Birmingham, England next February, although Ozzy added, "Every time I reach out to Bill, I get yelled at for something."

Ward again stated that the contract he was offered to join the SABBATH reunion was "impossible to sign," adding, "The group rhetoric of 2012, 2013 and throughout, was fault-finding, condemning and full of dishonest evaluations of me as a person, including my so-called health issues."

Answering Ozzy's comment that he was "sad that Bill never came through," Ward said, "In September 2015, we asked a SABBATH representative if there could be an opening to play with the band again. Their representative answered 'no.' It's hard to come through when you receive a 'no.'"

The drummer added that Ozzy hinting that Ward could possibly perform at SABBATH's final shows in Birmingham is "both emotionally heartbreaking for me and spiteful."

Ward backed out of the SABBATH reunion in early 2012 after being offered a contract that he called "unsignable." It was rumored that SABBATH wanted to bring a second drummer on the road to share duties with Ward, reportedly because he was unable physically to play full shows.