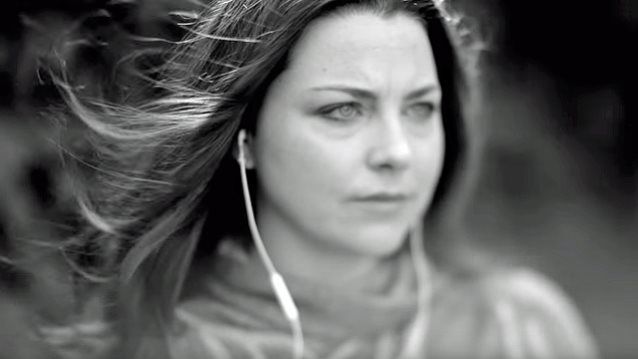 EVANESCENCE singer Amy Lee has released her cover version of the U2 classic "With or Without You" via her newly launched YouTube channel. Check it out below.

Says Lee about her decision to cover "With Or Without You": "Sometimes I dream in music. This dark version of U2's immortal song was playing in my head as I woke up one morning. I was lingering in that half-awake, half-asleep place, with no images — just darkness, this song and huge emotions. As I was becoming conscious, I just kept thinking, 'Don't let it go, don't forget!' And I went straight upstairs and laid down the synth and basic vocal."

She adds: "I had the pleasure of seeing U2 live at [Madison Square Garden] this year and it was powerful and inspiring. It made me excited to play live again! This track is still my favorite of theirs.

"Love is rarely simple; more often, it's tearing your guts out. And I think that's why this song creeps into my dreams and haunts me."