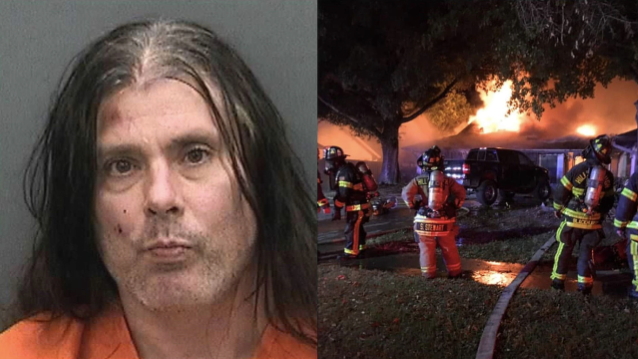 Former CANNIBAL CORPSE guitarist Pat O'Brien has been sentenced in connection with his 2018 arrest for burglary and assaulting a police officer while his Florida home was in flames.

On March 16, O'Brien was sentenced to time served and five years of probation and ordered to pay $23,793.45 in restitution. He was also ordered to get drug and alcohol evaluations and render 150 hours of community service. In addition, O'Brien was ordered to abstain from using alcohol and controlled substances and to be subject to random testing.

At the time of O'Brien's arrest, deputies said he burglarized a house and charged at a deputy with a knife.

O'Brien, who had been a member of CANNIBAL CORPSE for more than two decades, was released from Hillsborough County jail on December 14, 2018 after posting a $50,000 surety bond. Several days earlier, at a hearing, a judge told the now-55-year-old musician, clad in an anti-suicide vest with his hands and ankles chained together, that he would first have to pass a drug test before he would be allowed to post bail and leave jail.

Earlier this year, it was announced that O'Brien had been replaced in CANNIBAL CORPSE by Erik Rutan, one of the death metal's most acclaimed guitarists who is known for his time as part of MORBID ANGEL throughout the '90s and early 2000s, as well as handling vocals/guitars for HATE ETERNAL.