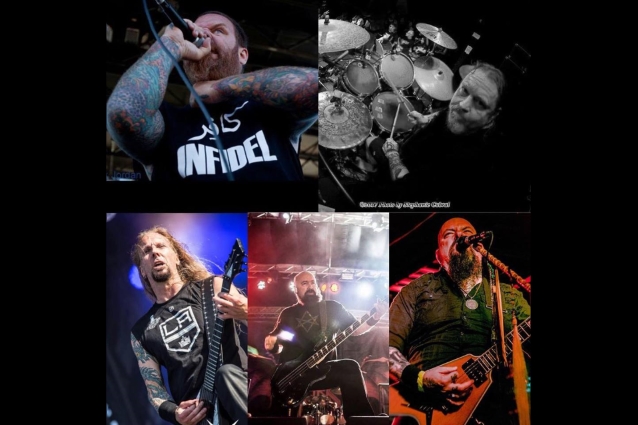 These men have performed on the biggest stages of Europe and the U.S. and delivered records that have become true milestones in the metal world.

With a pedigree like this, BLOODMOON RITUAL promises to deliver a sonic punch that will absolutely decimate the music world.

Hall announced his departure from SACRED REICH in January 2018, explaining in a statement that he was fired "rather abruptly and by phone."