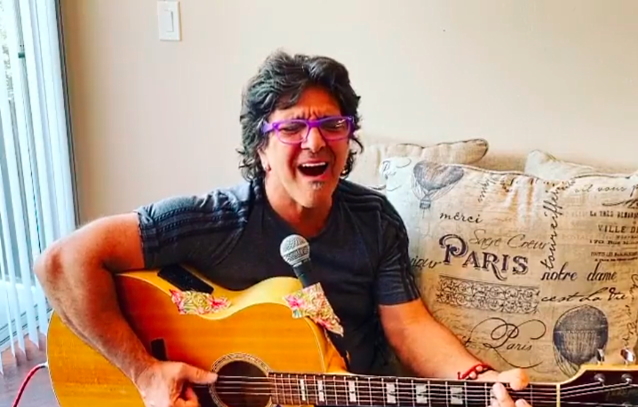 Former GREAT WHITE frontman Terry Ilous has paid tribute to ex-BAD COMPANY singer Brian Howe, who died earlier this week at the age of 66. Howe passed away Wednesday (May 6) at his home in Florida after suffering cardiac arrest.

On Friday (May 8),Ilous took to his Instagram to share a video of him performing an acoustic version of the BAD COMPANY song "If You Needed Somebody" from the 1990 album "Holy Water", and he included the following caption: "A wonderful singer past away, Bryan Howe. Great singer/songwriter. I wanted to pay homage to the artist and show my respect. #bryanhowe @officialbadcompany #badcompany #badcompanyband #classicrock #80srock #rollingstonemagazine #80srockmusic"

Howe fronted BAD COMPANY between 1986 and 1994 and provided vocals on hit albums including 1988's "Dangerous Age" and "Holy Water".

The Ilous-led GREAT WHITE released two albums, 2012's "Elation" and 2017's "Full Circle", before Terry was shown the door in 2018 and replaced with Mitch Malloy.