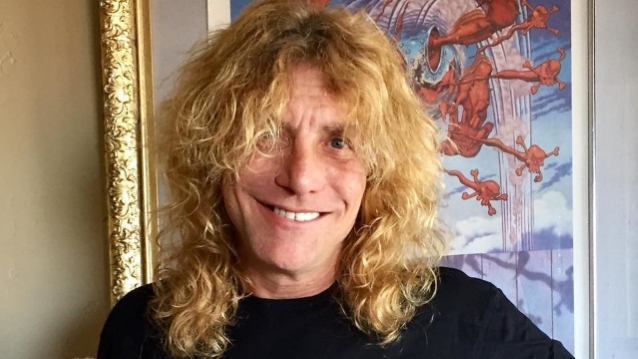 Steve Adler says that he is "alive and well," less than a week after he was hospitalized for a self-inflicted stab wound.

The former GUNS N' ROSES drummer addressed the incident in a video message posted to his Facebook page earlier today. In the clip, which can be seen below, Adler says: "I'm really sorry about all this media confusion that's been going on. I'm alive and well. I'm looking forward to seeing everybody on July 12 at the Golden Nugget in [Las] Vegas and July 13 at this motorcycle rally in Oregon, which is gonna be bad to the bone. And I love everybody, and I can't wait to see and hug everybody. Thank you so much for your love and support."

Hey everybody! Hanging with Tommy Hollenstein at his art studio. Hope to see you at the upcoming shows!!!