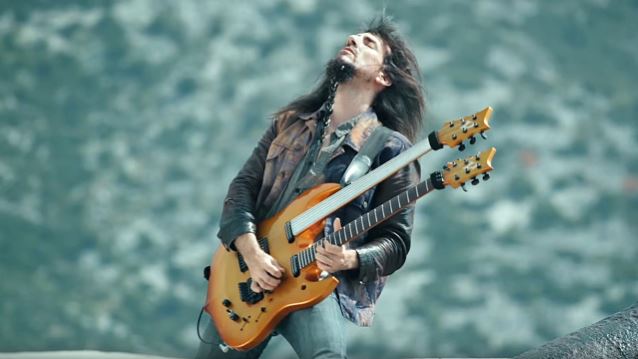 Former GUNS N' ROSES guitarist Ron "Bumblefoot" Thal was interviewed by Wayne Madden of Nova Radio North East on November 3 in Trillians in Newcastle, England. You can now watch the chat below.

Asked if he ever takes a moment to look at his career so far and evaluate where he is going, Thal said: "I never measure the temperature of the water and at what point it's getting closer to a boil or not; you just kind of sit in it and cook. It's the best way to put it — it's kind of like a frog thrown in the water, and he doesn't know if he's boiling or not."

He continued: "I don't think about that. Honestly, I don't think career-wise, I just think, 'What else can I give the world before I can't?' And that's really it — that's what it's about. And that's really how musicians think. It's just a question of, 'How much more can I do? What more can I leave the world with? What can I give?' And you just always think about the next thing that you can pull off without collapsing. How much more can you do? And, in a way, it's almost like this sickness, it's like this drug. How much of my guts can I pull out? And how much soul can I…? 'Cause it all rejuvenates — you get more guts and you get more soul; you can just keep giving and giving. So, yeah, you just think about, 'What else can I do to leave the world with a little more of a smile?' and that's it. So, yeah, I don't think about it career-wise, I don't think about how much money did I make or not make? Or this and that stuff. It doesn't matter; you can't take that shit with you. The only thing that matters is what's there when you're gone; it's not about you."

Thal added: "That's the thing about being a musician. And you look at most musicians, they're making albums to be released after they die, and stuff like that, because it's for others, and that's the purpose of what you do, that is your calling, that is why you are here, that is why you devoted your life to this — because there is something that is more important than you that you feel you have to do. So, as far as that question, when I look at my career…? I don't. I just keep doing what I feel I'm supposed to be doing and do as much of it as I can until I can't. That's it. It's that simple."

Thal joined GUNS N' ROSES in 2006 and stayed in the band for eight years, playing on the 2008 album "Chinese Democracy". He has also released a number of solo CDs.

Thal left GUNS N' ROSES in 2014, but didn't publicly address his exit until earlier this year when he told Loudwire: "All I could say is you reach a time when you just know it's time to move on and you just know that what you've seen for your life, what you see the future of your life and what that is, it's not what you pictured for yourself."

He continued: "When I started playing music, I was six years old, and when I thought about what I wanted and what my goals were, and what makes me alive inside making music, and I just… I was looking at what I was doing, and it didn't match up. And I just needed to… I needed to go." 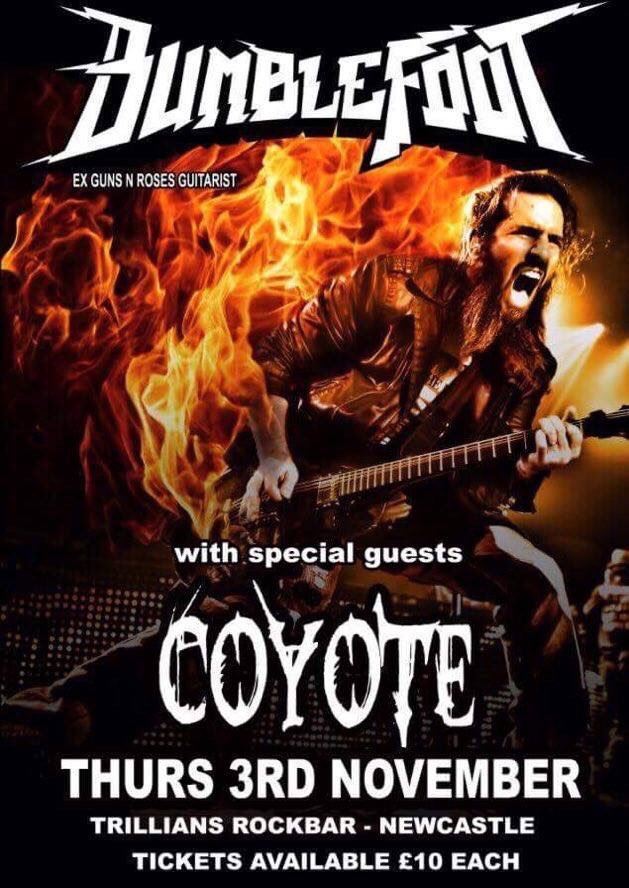