On June 29, former GUNS N' ROSES guitarist Gilby Clarke will release "The Gospel Truth", the second single lifted from his forthcoming album of the same title, and is about the concept of truth today.

The truth is whatever someone says out loud, no one is accountable and it’s puzzling. Reflecting on an upbringing within the Catholic church, Clarke touches upon the idea that honesty shouldn't come from fear, and encourages the listener to be brave, say what you mean, and mean what you say.

This past April, Clarke released the official music video for his previous single, "Rock N Roll Is Getting Louder". The Christopher C. Pearson-directed clip was shot in Palmdale, California and downtown Los Angeles, while the band performance footage was filmed in Hollywood club Oh My Ribs!

"The Gospel Truth" will be released later this year via Golden Robot Records. The disc was produced and written by Gilby at his Los Angeles recording studio, Redrum Recording, where he's also helmed records for such artists as L.A. GUNS, THE BRONX, BEAT ANGELS, BULLETS AND OCTANE and many more. The album was mixed by Grammy Award winner Chris Lord-Alge and mastered by Maor Appelbaum. Joining Gilby on the LP are Muddy Stardust on bass, Kenny Aronoff (JOHN MELLENCAMP, JOHN FOGERTY, CHICKENFOOT) on drums, along with Matt Starr (ACE FREHLEY, MR. BIG) and Chad Stewart (FASTER PUSSYCAT, L.A. GUNS) on backing vocals. 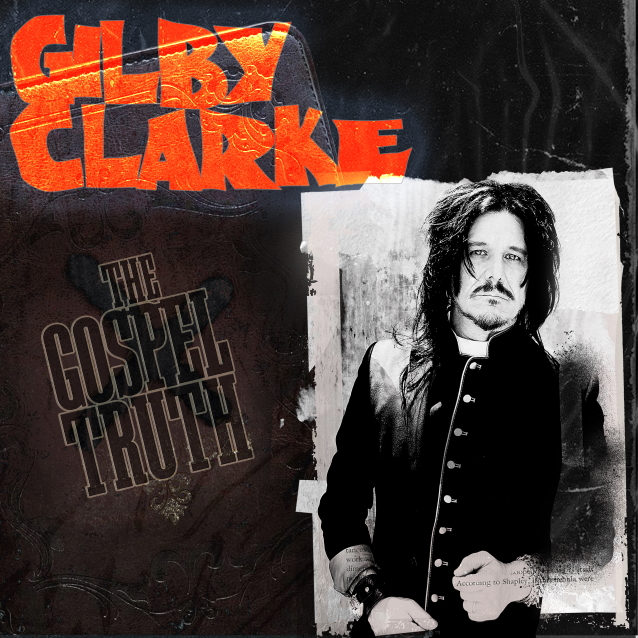