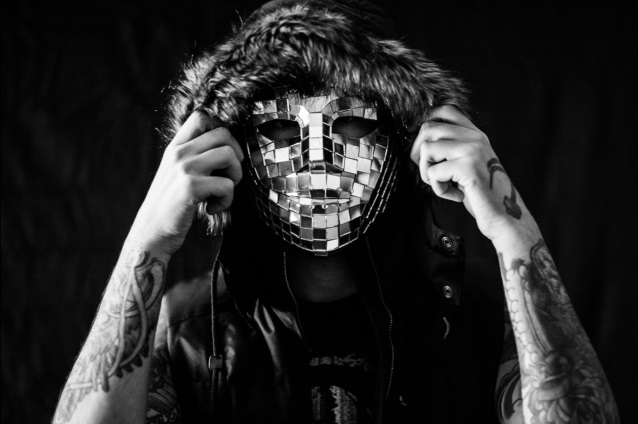 Ex-HOLLYWOOD UNDEAD vocalist and notorious U.S. rapper/producer Deuce will release his brand new album, "Invincible", on December 1 via Better Noise Records. The disc is described in a press release as "a slick hybrid of rap, hip-hop and rock with rebellious lyrics, powerful beats and hypnotic hooks that thrill both club dwellers and festival goers. Defiantly NSFW, it's amongst the most explicit and profane albums of the year with anger, angst, violence and language guaranteed to shock even the most foul-mouthed of parents!"

The masked musician is vying for immortality with 14 new tracks, representing his next natural step from his 2012 debut solo album, "Nine Lives", which sold well over 100,000 copies, received 33 million views on YouTube, and featured the hit single "America".

With sessions taking place in both Los Angeles and Portland, the recording process brought out polarizing emotions. "The material we did in L.A. was a little angrier," Deuce explains. "In Portland, it got more mellow and hip-hop. I think you can hear the difference."

"Invincible" includes the tracks "World On Fire", "Bitch This Is It" and the lead single "Here I Come", which features eerie keys, chugging guitars and an unshakable hook, "Until I die, I'm never fucking done."

After founding, fronting, and fueling HOLLYWOOD UNDEAD and the group's platinum-certified debut "Swan Songs", Deuce has emerged as a prolific presence of his own and has toured alongside everyone from SHINEDOWN to KOTTONMOUTH KINGS and appeared at various festivals.

The new album precedes a string of singles, videos and live shows to come from the masked rapper in 2018. 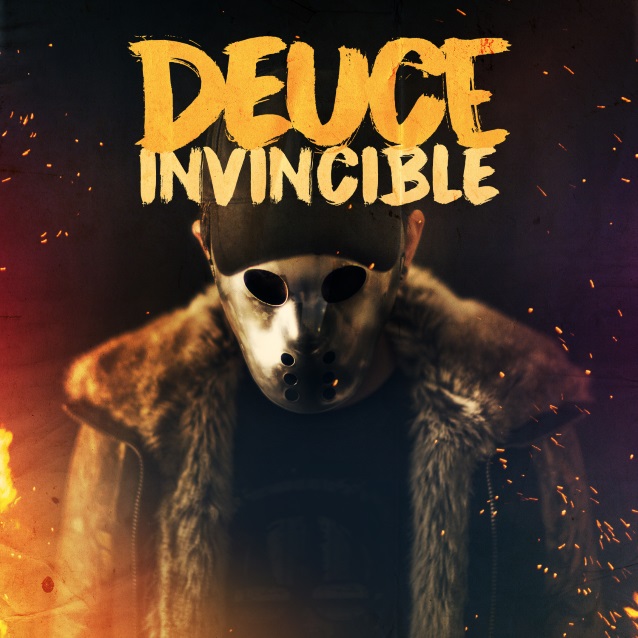