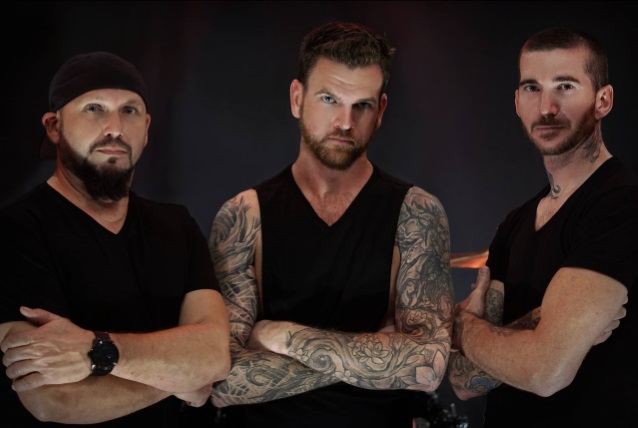 Former TRIVIUM members Travis Smith and Brent Young have rejoined forces in a new Florida-based hard rock band called BLACKNOVA. The new group is writing and recording its debut EP for a tentative spring 2018 release. The debut single, "Eclipse From Within", will be accompanied with a music video.

The formation of BLACKNOVA began in 2015 when Smith met fellow musician Rob Adams — with both of them having musical backgrounds, they hit it off quickly and became fast friends. They soon began discussing the idea of building their own music studio for post-work jam sessions/music recording. After a bit of searching, they acquired and converted a storage facility, creating their own custom studio space over the course of six months. The vision of the studio was to be a place that was inviting, comfortable and ultimately embracing creativity. Travis's childhood friend Brent Young soon joined in on the studio sessions as the second guitarist and after only after a few sessions, it was apparent the trio had great musical chemistry.

The band's initial intentions were simply to get together, play music they loved and have fun. At the outset, their focus was not about playing out and touring. However, the more music they wrote, the more their priorities began to naturally shift towards these goals. The final stage in the band's growth came when they decided to make a change in the lineup. After trying out a few singers that didn't quite seem to fit, Young decided to go back to bass guitar and step up to the role of lead vocals. The group agreed that having a three-member band was a vital element to achieving BLACKNOVA's sound, and this final shift in roles completed the lineup.