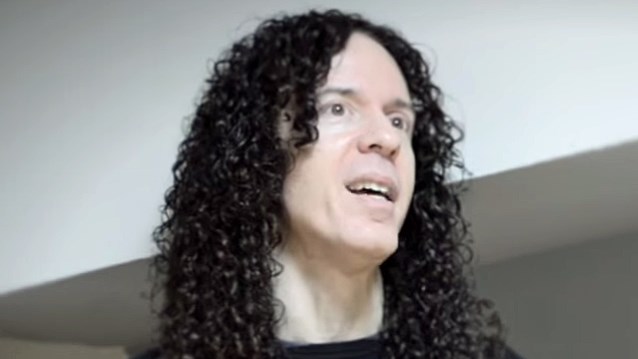 Italy's Accordo.it recently conducted an interview with former MEGADETH guitarist Marty Friedman. You can now watch the chat below.

Asked what he would have become had he not gotten into heavy metal music, Friedman responded: "I'm not just a metal musician, although metal is maybe what I'm known for. What I love about playing metal is putting metal into music that's not supposed to be metal, like pop music, or ballads, or mixing it with a sax or an acoustic guitar, or something, or a piano. That's kind of, like… It's almost a punk spirit. But I just… Playing aggressive music is the way I play — very strung, emotional music. Sometimes it's metal, sometimes you can't call it metal; you don't know what [label to put on it]."

In other news, Friedman will host a special guitar clinic at Los Angeles' famous music college Musicians Institute exclusively for students and alumni. The clinic will take place at MI's Concert Hall on Tuesday, January 27 from 2:00 p.m. to 4:00 p.m.