Former MEGADETH guitarist Marty Friedman is putting the finishing touches on a new solo album for a 2017 release via Prosthetic Records. The follow-up to 2014's "Inferno" was recorded in part at Dave Grohl's Studio 606 in California with engineer Paul Fig (ALICE IN CHAINS, RUSH, DEFTONES) and is described by Friedman as "a way more intense version" of its predecessor: "deeper, sadder, happier and more aggressive."

Regarding the recording process, Friedman told Guitar World magazine: "This is going to be my thirteenth record and I think I've finally found the way to do it properly. I spend a lot of time writing and demoing. So by the time I'm playing it for real in the studio, I can play all of the stuff, and it's really easy to ad-lib out of it and do cooler things than I had originally intended. When you have a good demo, it's so much more easy, fun and painless to go in the studio and bang out the real tracks." 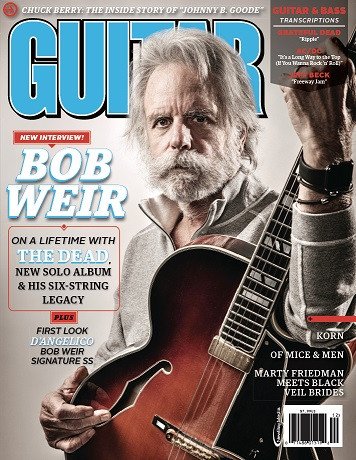