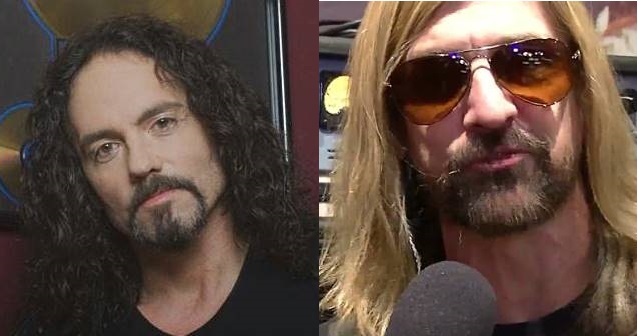 A cover version from the session of the METALLICA classic "Motorbreath", with a guest appearance by guitarist/vocalist Davor Garasic from the Croatian thrash metal band SUFOSIA, is now available for free download at this location.

Says Menza: "James is a top-notch player with a killer sound and I'm totally pumped and looking forward to creating some heavy original material with him once we officially solidify the rest of the lineup.

"Things are still in the developing stages, [so as] soon as James fulfills his touring obligations with John Fogerty, we will sink our teeth into this project. Right now, we are having some fun and collaborating with other players from around the world via the Internet to see what's out there. Nothing is set in stone.

Adds Lomenzo: "I've been a fan of Nick's drumming for a long time.

"Nick is a great guy and he's one of metal's standout drummers. It's an honor and a privilege to be making music with him and I look forward to what we'll create."

Menza joined MEGADETH for the 1990 recording "Rust In Peace" and for the next ten years became associated with the band's "classic" and most profitable era.