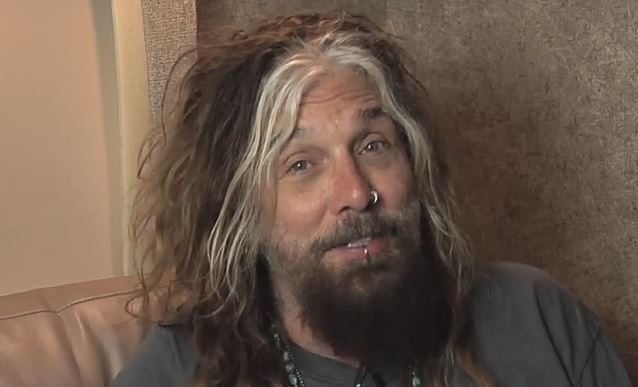 John Corabi, former lead singer of MÖTLEY CRÜE, THE SCREAM and UNION, is the latest musician to respond to KISS bassist/vocalist Gene Simmons' recent comment that "rock is dead."

Asked to weigh in on Gene's comments, Corabi told Music Enthusiast Magazine: "Well, I kind of disagree. I don't think it's… Obviously, it's different. It's a little more difficult. I mean, when I think Gene says 'rock is dead,' [I think] he's just talking about the days of going out and selling, you know… Bands like, even KISS to a degree, bands like KISS and MÖTLEY, RATT, POISON, BON JOVI, I just think the days of those bands going out and selling ten or twelve, fifteen million records like they used to do back in the day, it's not happening. Is it dead? No. But I think it's a little bit harder, there's a little bit more of a groundswell then what it used to be before, you know? Bands could go get a record deal, have a big record, have a recording advance and all that stuff. With technology being the way that it is right now with Pro Tools and all that other stuff, more and more people are recording stuff at home and just utilizing YouTube and Facebook. So I don't think it's dead, I just think there's new ways of doing things, that's all. You've got to adapt, or get out. [Laughs]"

Corabi will embark on a tour this fall during which he will celebrate the 20th anniversary of the MÖTLEY CRÜE album that he appeared on by performing most of the songs from the LP with his backing band.

Corabi originally joined CRÜE in 1992 as the replacement for the group's original singer, Vince Neil, who was fired due to personal differences. With Corabi on vocals, MÖTLEY CRÜE released one critically acclaimed full-length CD, which ended up being a commercial failure in the wake of grunge despite a Top-Ten placing on the album chart. When Neil returned to the fold in 1997, Corabi was left on his own and formed the band UNION with ex-KISS guitarist Bruce Kulick.