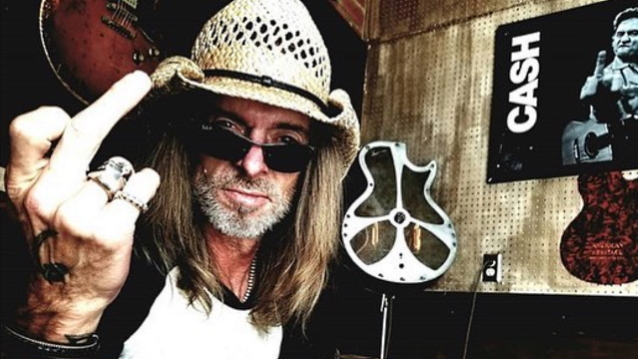 Ex-PANTERA Bassist REX BROWN On His Memoir: 'There Was A Lot Of Stuff That I Didn't Want In There That Was Put In'

Former PANTERA bassist Rex Brown has once again claimed that his memoir contains passages that were published without his consent.

Four years after "Official Truth, 101 Proof: The Inside Story Of Pantera" was released in 2013, Brown was publicly critical of the way his autobiography turned out, saying in interviews that the book's publication was partly to blame for the deterioration of his relationship with another former PANTERA member, the band's late drummer Vinnie Paul Abbott.

In a brand new chat with Mark Dean of Antihero, Rex, who is currently promoting the 20th-anniversary reissue of PANTERA's final opus, "Reinventing The Steel", was asked about the writing process for "Official Truth, 101 Proof: The Inside Story Of Pantera" and how it compared to making an album. He responded: "Oh, man, I wish I would've just waited on that book, put it out like 10 years from now. These guys came to me and then they only wanted to put in what they wanted to put in. It's my truth, it's my words, but there was a lot of stuff that I didn't want in there that was put in. I offered to give them the money back for the fucking advance. I was just, like … But hell, it's on it’s fucking 11th pressing. You know, I think it's done all right. It was just timing that was not good for that thing. But it did something. It's just my story. The other guys [in PANTERA] had their chance to write a book; they could have."

Brown's latest comments echo those he made in August 2017 when he told SiriusXM's "Trunk Nation With Eddie Trunk" that "there was a bunch of shit in my book that was not supposed to be in that book, and I went through ten different edits and they put it in there anyway, and it left a fucking bit of sour in some people's mouths."

A month earlier, Rex pushed a similar narrative during an online chat. Asked what inspired him to write his memoir, Brown said: "That was just at a time where someone had come to me about a book offer and I said, 'I don't really wanna do one.' But I had a lot of stuff, being one that really didn't ever say anything to the press or… To me, it's all about the songs, about the jam." He continued: "It was [written] at a time of my life, and some of the stuff that was said in there shouldn't have been printed; it was taken off the cuff. But I think, in general, that's where I was at that time."

Last October, Brown's "Official Truth, 101 Proof" co-writer, Scottish author Mark Eglinton, addressed Brown's claims during an appearance on "Drag The Waters: The Pantera Podcast". Asked if there was any truth to Brown's assertion that the book included "shit that was not supposed to be" there, replied: "That's not true. And I said so at the time [in an August 2017 tweet]. And the agenda for [Rex saying] that was that I think Rex was talking to Phil [Anselmo, ex-PANTERA singer], and perhaps Vinnie at the time, [about] the possibility of getting back together to do something. And I think he needed to distance himself from what was in the book — simple as that. And I think that he was quite happy to throw me and the publisher under the bus by saying that."

He continued: "I'm loyal to everyone I work with, but when I'm put in that position, I have to stand up for myself, and I also have to stand up for the publisher, because, at the end of the day, I'll work with other people, and I have done. And I would never want anyone to think that I would put something in a book that they didn't sign off on. I would never do that. I make it very clear that anything that goes in there, they must sign off on. And I knew it was signed off. So I'm afraid that that was just wishful thinking and an attempt to sort of distance himself, maybe in retrospect, from some of the things he said. But everything that was in that book was signed off."

He added: "I think the reason they haven't talked to me is 'cause it is the fucking truth. And sometimes you don't wanna tell the truth. And I didn't go out of my way to maliciously hurt any individual. But at the same time, if you're gonna tell the truth, by God, you'd better be on the skinny. And I think Mark Eglinton, that did this thing with me, he really just kind of…. He put me down… You know how you have your dreams that you had in high school when you're just… you're in your underwear. That's the way I felt with this book. If [you're] not [being completely truthful in your memoir], I think it's all a bunch of charade… And why would you wanna do that?"

In November 2017, late PANTERA guitarist "Dimebag" Darrell Abbott's longtime girlfriend Rita Haney criticized Brown's book as full of inaccuracies and described the PANTERA bassist's portrayal of Vinnie Paul as "pretty hateful." In an interview with Metal Forces, Haney stated about "Official Truth, 101 Proof: The Inside Story Of Pantera": "Good lord… It's not good to write a book when you don't remember things, and you have other people telling you in your ear, 'This is how it went down,' when it didn't. I got to chapter three, and I felt like I needed to get a highlighter out for things I knew were incorrect. [Laughs] I know where Rex is today, and where is head is. I know he regrets a lot of the things that are in that book. It's kind of a… I don't know. How can you write a book when there's shit you don't remember?"

Haney also commented on the fact that "Official Truth" seemed to paint Vinnie Paul in a particularly unfavorable light.

I’m tired of this. As I said before, it was all signed off. I have the emails (and a few voicemails) - and at no point was there conversation about the advance being returned. Very sad. https://t.co/F7aenuaf9t 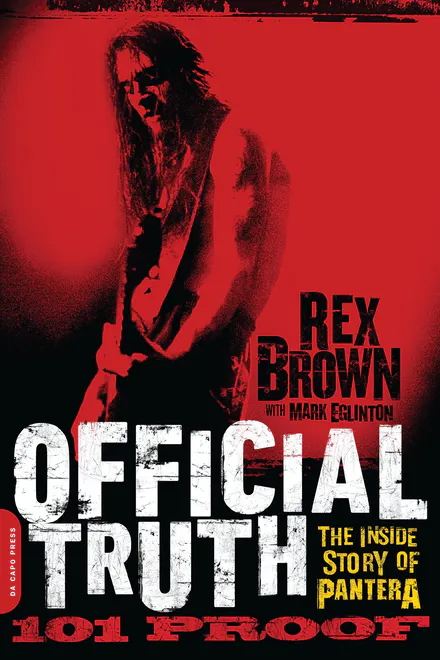