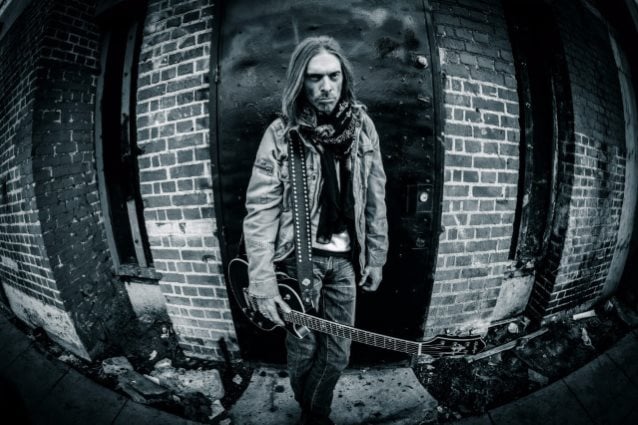 In a brand new interview with Australia's The Rockpit, former PANTERA bassist Rex Brown spoke about the song "Buried Alive" from his debut solo album, "Smoke On This". The track touches on the aftermath of PANTERA guitarist "Dimebag" Darrell Abbott's death and how Brown had to find himself in the wake of the tragedy and PANTERA's dissolution.

Although a deeply personal track, Rex told the site that "Buried Alive" is not a tribute in any way at all. "It's about what I went through after he died," he said. "You lose your best friend, your soulmate, you miss everything. You lose a lot of shit, and I went through fucking tons of black water trying to find me, and when something like that happens, when I was trying to write that in the studio, I wasn't really thinking about it until later down the road when somebody brought it up: 'You're really singing about that.' and I said, 'You know, it was cathartic in a way.' It's not a tribute. I don't want to rest on a dead man's anything. So it's not a tribute. It's just what were my feelings were on what I was going through, and it's on the track, man. It's not that big a deal."

"Smoke On This" will be released on July 28 via Entertainment One (eOne). The disc marks the first time in Brown's career in which he serves as both lead vocalist and guitarist in a band.

The "Buried Alive" video was shot in Nashville, Tennessee where the record itself was recorded and produced. Rex's bandmates are also featured in the video. Lance Harvill, who also co-wrote most of the LP with Brown, plays lead guitar. Joe Shadid plays rhythm guitar and TYPE O NEGATIVE/DANZIG member Johnny Kelly plays drums. Caleb Sherman can be seen on keyboards and lap steel as well.

Rex recently claimed that the surviving members of PANTERA have been "close" to reuniting in the twelve years since "Dimebag's passing.

Talk about a possible PANTERA reunion intensified when singer Philip Anselmo regularly joined Zakk Wylde's BLACK LABEL SOCIETY to perform PANTERA's song "I'm Broken" during DOWN's 2014 stint on the "Revolver Golden Gods Tour". That buzz only got stronger after Brown joined the jam on May 23, 2014 when the tour swung through Texas.

Dimebag was shot and killed by a crazed gunman while performing with DAMAGEPLAN at a Columbus, Ohio rock club in December 2004.