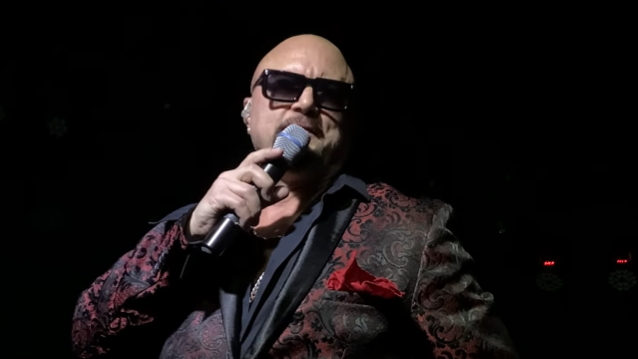 Ex-QUEENSRŸCHE Singer GEOFF TATE: How I Keep My Voice In Shape After All These Years

In a new interview with "That Fuzzing Rock Show", former QUEENSRŸCHE frontman Geoff Tate was asked how he keeps his voice in shape more than 40 years into his singing career. He said (as transcribed by BLABBERMOUTH.NET): "Practice, honestly. [Laughs] Just keeping up with it. It's something that you have to keep using when you're a singer. And I think as a musician in general — if you don't practice, you get slow and you get out of shape. So you have to keep up with it every day. That's pretty much what I do. I try to live a moderate lifestyle, with, of course, some exceptions. 'Cause I'm getting ready to go do the Monsters Of Rock cruise at the end of the month, and that's always an exception because you just can't get away from the party; it's all around you. [Laughs]"