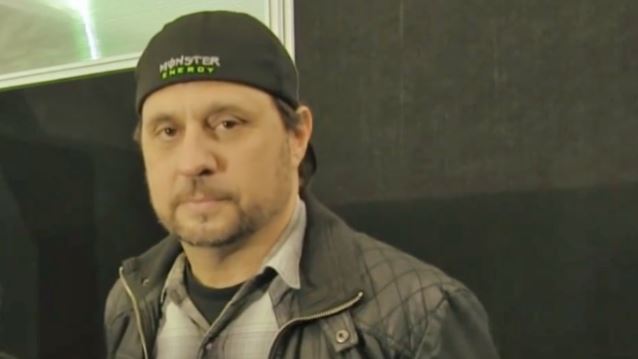 Former SLAYER drummer Dave Lombardo says that he has two "surprises" planned for his fans, both of which will be revealed before the end of the year.

Lombardo, who has been touring with SUICIDAL TENDENCIES for the last few months in addition to playing select shows with his DEAD CROSS project, was asked by Orbita Rock three weeks ago at the Rock Al Parque festival in Bogota, Colombia what is coming up for him in the near future. He said: "I have a new DEAD CROSS album coming out and two other surprises that I'm gonna release in the next, probably, six months, which I can't talk about."

As previously reported, Lombardo is rumored to have been recruited by the classic-era lineup of the horror punk outfit MISFITS to play drums for the band for their upcoming shows at the end of the summer.

SUICIDAL TENDENCIES' new album, "World Gone Mad", will be released on September 30. The follow-up to 2013's "13" disc will be the band's first to feature Lombardo and guitarist Jeff Pogan, who replaced Nico Santora in May.

In addition to Lombardo, DEAD CROSS features members of THE LOCUST and RETOX.