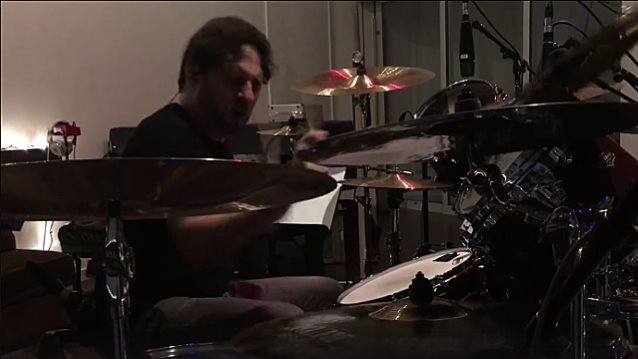 Ex-SLAYER Drummer DAVE LOMBARDO In The Studio With SUICIDAL TENDENCIES

SUICIDAL TENDENCIES has uploaded video footage of Dave Lombardo (ex-SLAYER) apparently laying down drum tracks for the band's forthcoming abum, due in September. The one-minute clip, which can be seen below, was accompanied by the following caption on Instagram: "Beating out today's sermon in the Church of Suicidal, the Godfather of double kick, @davelombardo ! September 2016! You've been warned!!! #suicidaltendencies #suicidal #cyco #newrecord #september2016 #straightoutofvenice"

Lombardo sat behind the kit for SUICIDAL TENDENCIES during the band's recent North American tour as the support act for MEGADETH. He will also play with SUICIDAL TENDENCIES for their upcoming European festival appearances as well as select headlining shows.